Snow polo on Lac Tremblant in February—now there’s an idea.

What’s crazier: that teams of horses and fur-clad crowds of thousands descend upon a frozen lake for a three-day event? Or that an official tournament of the sport nicknamed “hockey on horseback” has been in Canada for only two years? 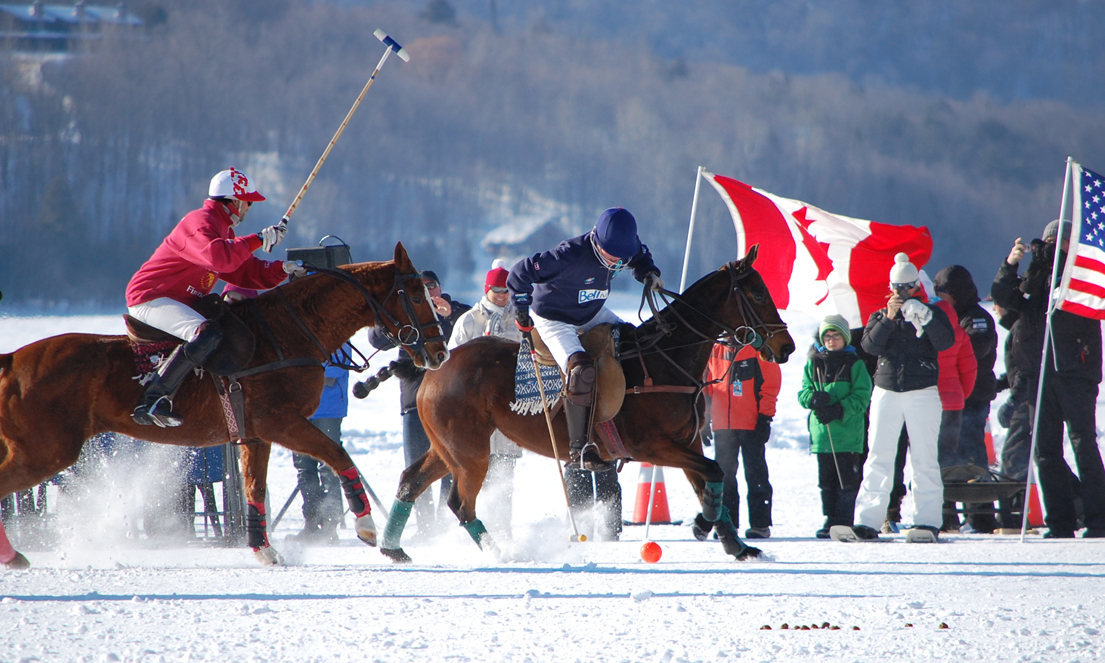 Words and photos by Joseph Mathieu

The second annual Snow Polo Tremblant International will play out on a groomed playing area on the shallowest bay of the lake. There, the thundering hooves of thoroughbreds will be muffled by 12” of hard-packed snow as they race to score across a 10-acre field. Since early January a team has been thickening the ice and preparing the field for the powerful beasts and their riders.

“Like a hockey rink, you build it up by adding water to the top,” said event organizer and co-founder Herb Ratsch. His past experience as senior management at Starter Sports Canada and as a current board member of the Tremblant Foundation helped bring last year’s inaugural event to life. And on his watch, field conditions will be pristine just in the time the three-day competition which starts on February 25. 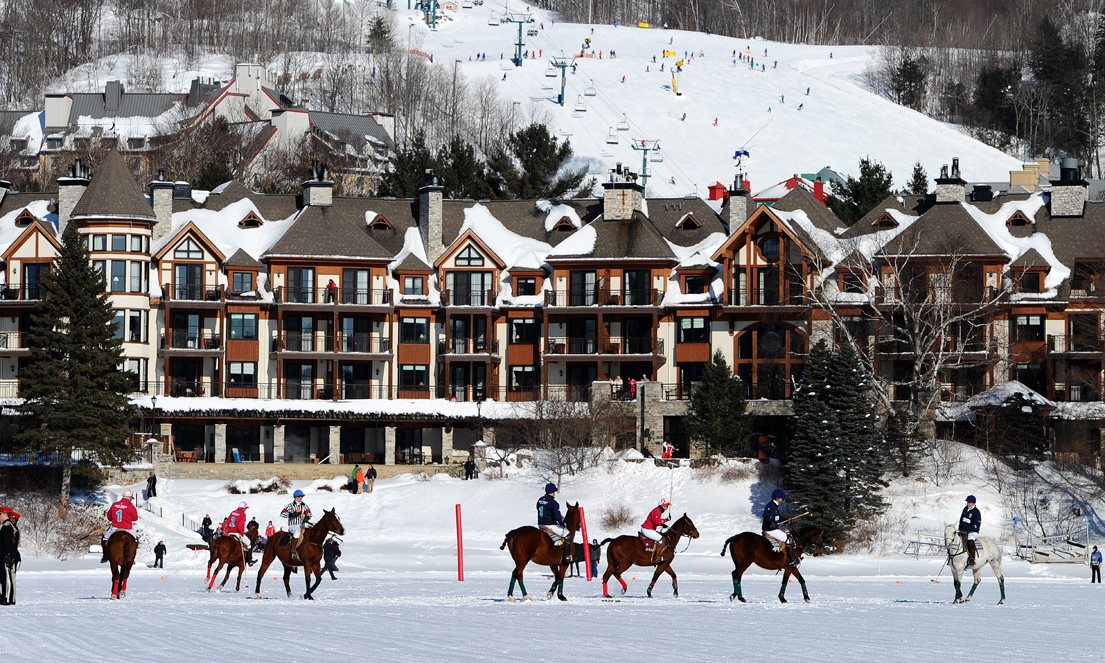 But even if paranoid spectators strain to catch the unlikely warning cracks of ice they would hard-pressed to hear anything over the snorts and cries of athletes and animals clashing as if in battle.

What seems craziest is the action-packed sport of polo has been played on grass for two and a half millennia but its snowy version only showed up in 1985. It began in St. Moritz, Switzerland, a resort with a similar backdrop to Tremblant’s slopes and well-situated lake. 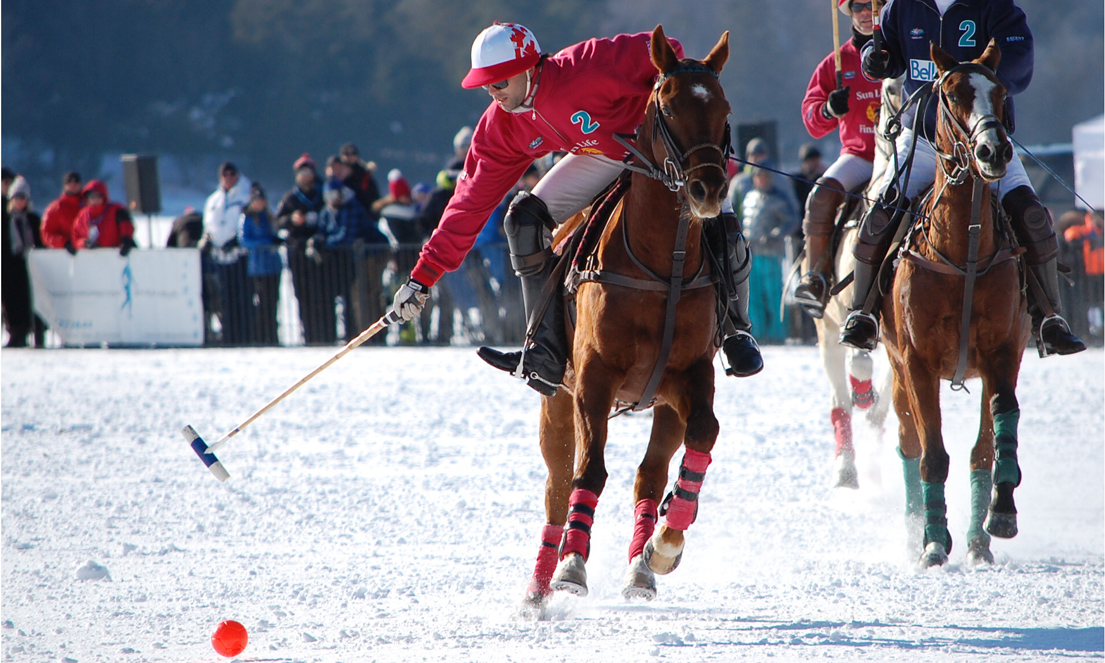 The St. Moritz’s Snow Polo World Cup turned 30 last year and, since its inception, other championships have sprung up all over the world from Italy and China. The 2015 World Snow Polo Championship just took place in Aspen, Colorado last December.

Last year, co-founders Marc Perreault and Justin Fogarty were captains of the three-player Team Canada and the International Team. The 2016 Snow Polo Tremblant International will feature four sponsored teams and world-class players during practices and four official games. Saturday, Feb. 27 will feature the round robin championships finishing off after dark, under spotlights. 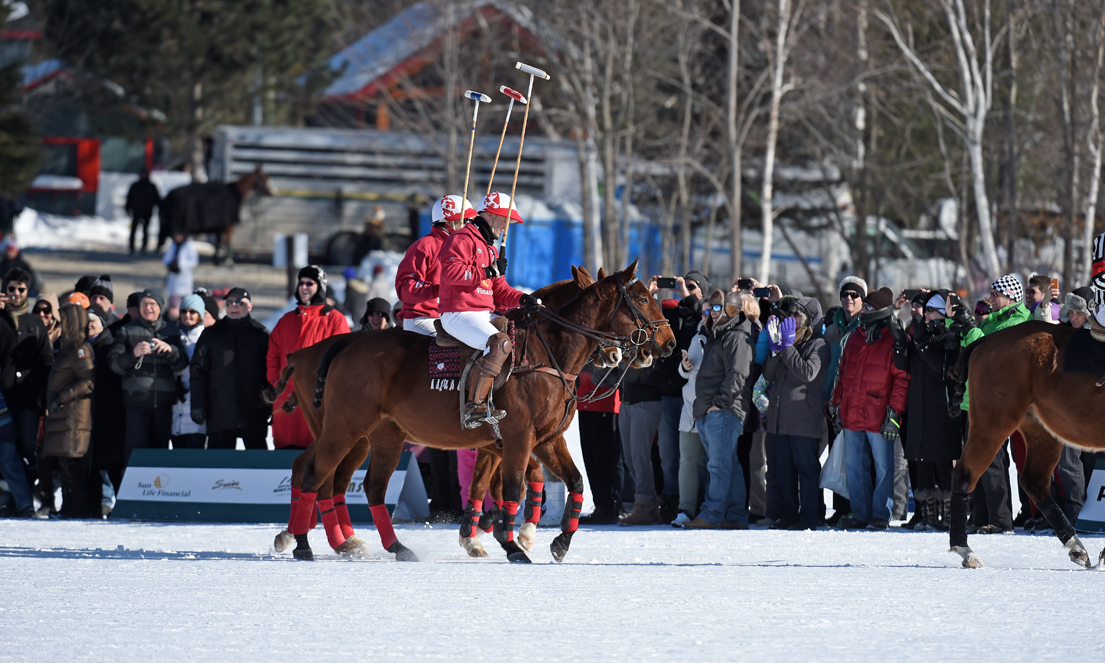 “All of the horses are from Ontario, and almost all the players are coming from Toronto,” said Ratsch. “They get to ski and play polo, so they love coming up.”

VIP spectators will call the lakeside Quintessence Hotel HQ for their access to the field via heated areas. Grandstand tickets are also available for elevated views, but the event is free to watch for anyone willing to walk right on to lake, with or without ski boots.