Fontus, a rec tech start-up out of Vienna, has released a new water bottle that could could change the way we look at the air around us.

While harvesting water from the air is nothing new (collecting moisture from the air and condensing it is a method that’s been used for more than 2,000 years), its application in the world of outdoor adventure has so far been minimal. According to the Fontus website, the earth’s atmosphere contains around 13,000 km3 of mostly unexploited freshwater. So how does it work? Take a look at the video.

Fontus was invented to bring an alternative way of collecting safe drinking water to regions where drought and unclean water are a big issue. Bikes, as the most widespread means of transport in the world, especially in developing countries, seemed to be the perfect vehicles to combine with the invention.

Fontus Ryde and Airo might be a clever way of acquiring freshwater in regions of the world where groundwater is scarce but air humidity is high. They could work as a mobile water well, for example, providing a child with water for the day while riding to school 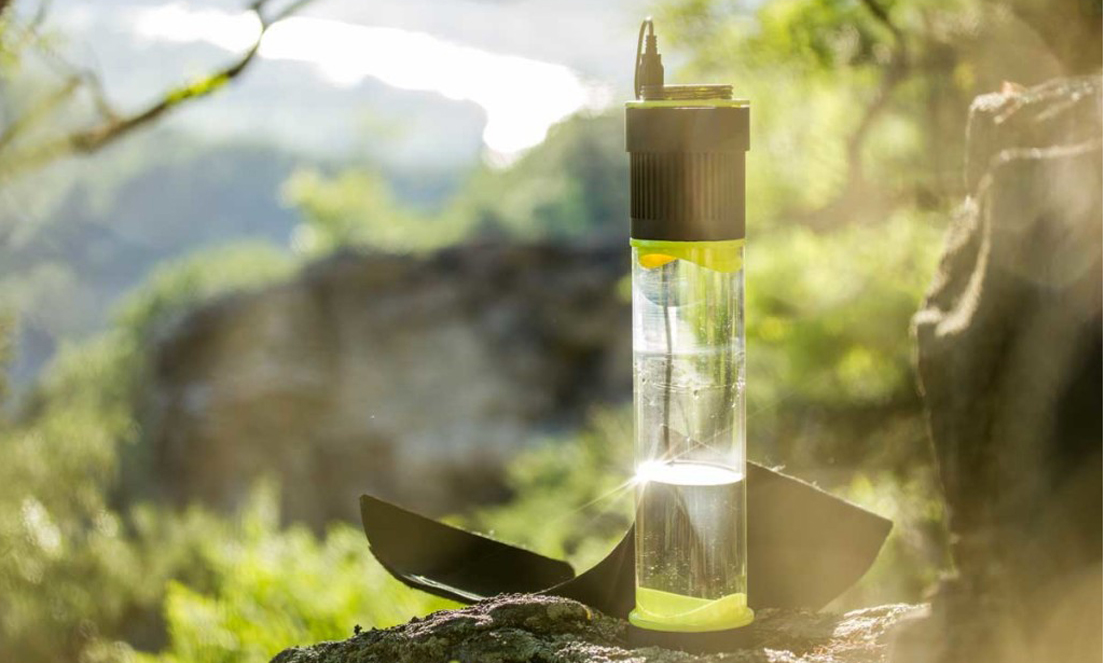 Moreover, these self- filling bottles free travelers and adventurers from the burden of water provision during a tour. We worked together with professional extreme athletes and were able to identify two basic problems that people who spend time in nature are arduously confronted with:

A hiker must either plan his route in a way that he always finds fresh water sources, or he must pack his backpack very heavily in order to have water for the whole journey. Food is in comparison much lighter, if well chosen, because you can compress it. But water weighs what it weighs; you don’t have much of a choice. 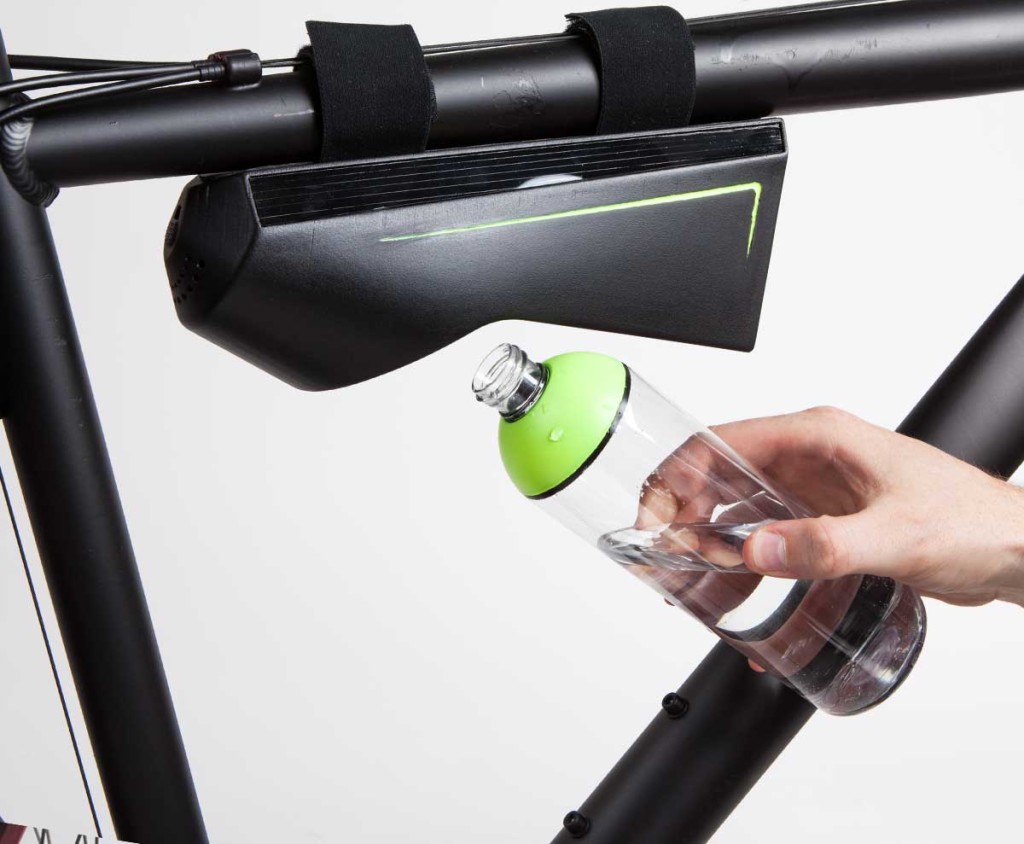