Just outside of Lillooet, traveling north on the Duffey Lake Road, you might spot the carved “Walden North” sign and mistake it for a B&B. It’s a welcoming, solid timbered sign on a quiet gravel road running back into the canyon.

Walden North is actually an Apocalypse-proof shelter built in the early 1970s by Vernon Pick, an American uranium miner seeking the perfect place to ride out a nuclear holocaust. Walden North has its own hydroelectric plant and monolithic buildings with concrete walls two feet thick. Vernon Pick was a trailblazer. 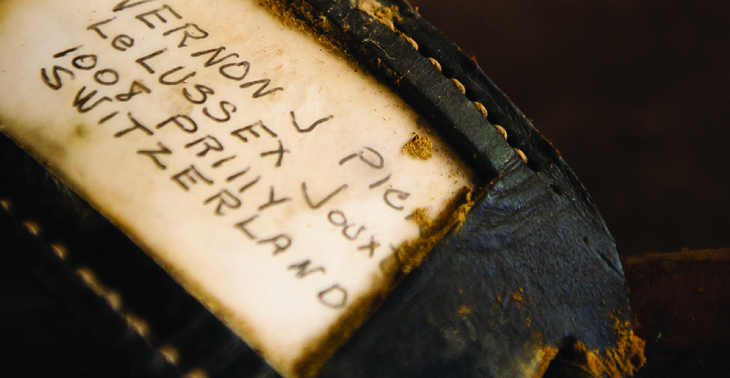 He was born on a Wisconsin farm in 1903, left home at age sixteen and a year later joined the US Marines. After a stint as a hardrock gold miner in Manitoba, Pick spent seventeen years running an electrical company in Minneapolis before moving back to Wisconsin to convert a derelict flourmill into an electrical workshop that he powered up by building his own hydro generator.

Pick had very little formal education – only one year of high school and a handful of university extension electrical courses – but he possessed an incredible appetite for knowledge, spending his spare time studying philosophy, literature, science, religion and, apparently, eschatology. He was a multi-talented renaissance man with utopian ideals matched only by a thirst for technological innovation. 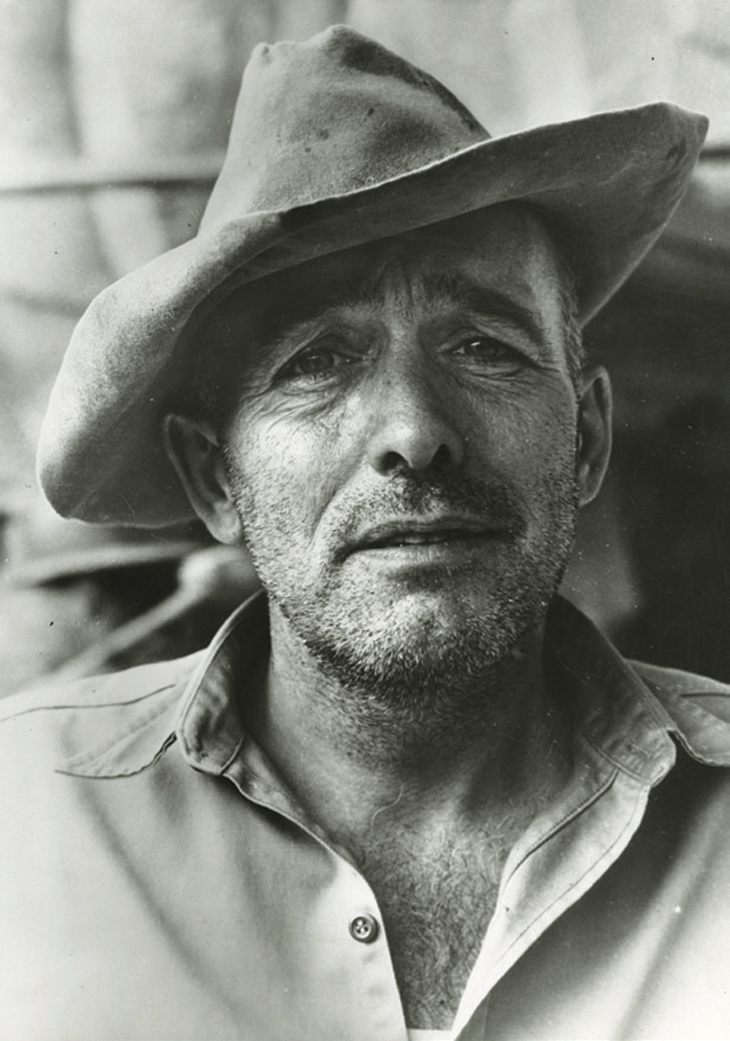 “If you have built castles in the air, your work need not be lost; that is where they should be. Now put the foundations under them.” —HENRY DAVID THOREAU

The quiet, self-sustaining lifestyle Pick and his wife Ruth enjoyed in Wisconsin ended in 1951 when a fire destroyed his workshop. The Picks decided to use their insurance money to pull up stakes, buy an Airstream and go west.

They got as far as Grand Junction, Colorado when Pick caught uranium fever. At age 48, he spent an extremely grueling nine months prospecting in the rugged Utah canyonlands when, down to his last $300, he made the lucky “yellowcake” strike that catapulted him into wealth and fame as the “Uranium King of America.”

Read Trailblazer: Peter Croft, Getting Out There and Getting After It 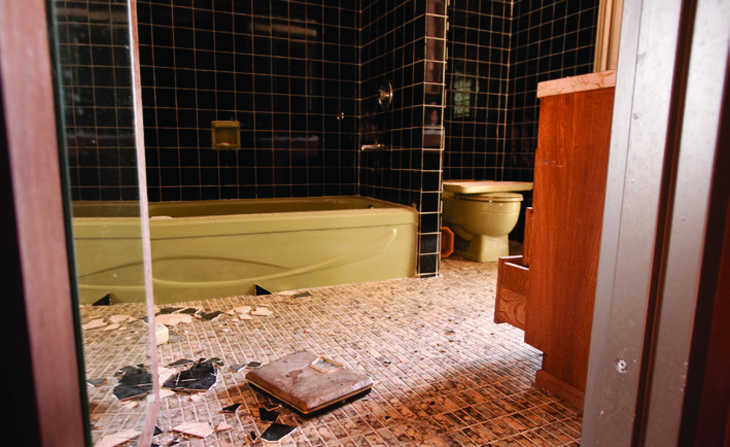 In 1954, Life magazine published “Vernon Pick’s $10 Million Ordeal” and a rags-to-riches story that led to a flood of random visits and letters from folks begging for funds. Pick helped some of them but ultimately decided he wanted to make a more lasting contribution to the future of humanity.

He started off with an estate in California he renamed Walden West in honour of his hero, author/philosopher/naturalist Henry David Thoreau and his 1854 book Walden; Or, Life in the Woods. Pick converted the estate into a research facility staffed with twenty scientists but his dreams of a nuclear-powered future with energy “so cheap it won’t even be metered” gradually faded.

In 1965, nearly 20 years after Hiroshima, the BBC documentary-styled drama The War stoked public fear of the nightmare of full-scale nuclear war. Cold War paranoia sparked a bomb shelter boom across America and Pick decided to abandon Walden West and build a long-term survival retreat to prepare for the end of days.

Knowing that rain brings airborne radiation down to earth, Pick analyzed North America’s rainfall patterns and determined two locations most sheltered from radioactive nuclear fallout – somewhere in Arizona, and Cayoosh Canyon, hidden in the rain shadow of B.C.’s Coast Mountains. After scouting both locations Pick, aged 62, chose Canada and proceeded to spend much of his fortune fulfilling his vision.

At first, Vernon Pick was secretive about Walden North’s true purpose. He told locals who helped build its two-foot-thick walls and install bulletproof windows that he was simply concerned about forest fires. 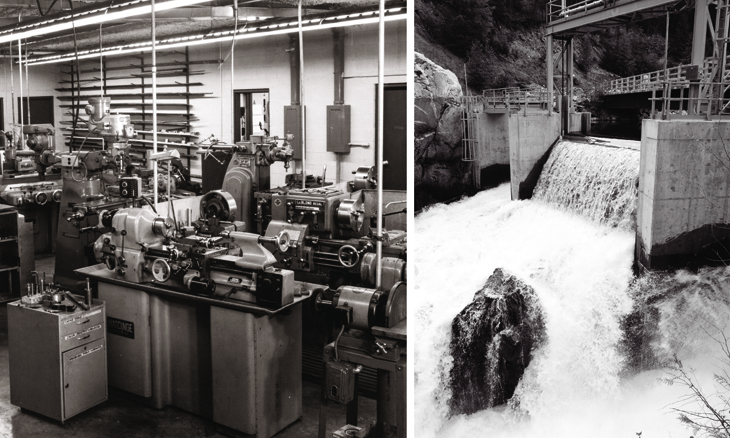 A heavy smoker, Vernon Pick died of lung cancer in 1986 and is still fondly remembered in the town of Lillooet for creating many jobs in the construction of his dream and then by producing photocopier drums, microchip components and fine furniture.

By all accounts he was a gentle and magnanimous man who embodied the American spirit of rugged individualism and do-it-yourself Yankee know-how. He was self-made, self-taught and self-reliant yet still open to the vagaries of fate. Pick’s biographer Jack Langton called him, “the greatest prospector, philosopher, mentor, employer, pilot and lifetime buddy I ever knew.” 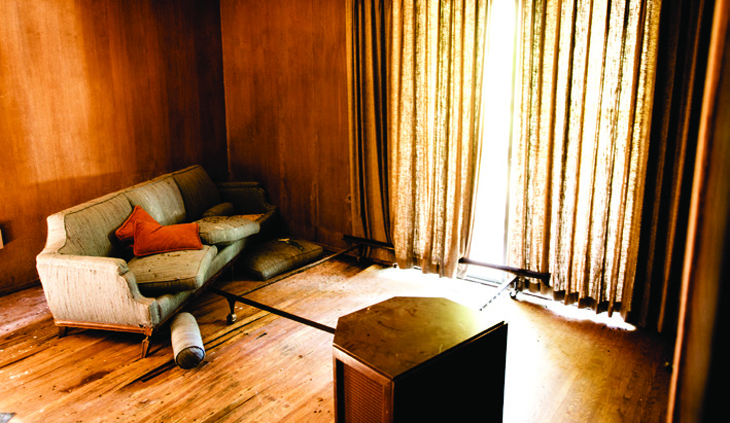 After his death, most of his equipment and possessions were auctioned off and Walden North is no longer stocked and equipped in the state of preparedness Pick envisioned. The once-spotless workshops and funicular-accessed main house are now in a vandalized state of disrepair and disuse. In Pick’s office, custom teak shelves still hold decaying sets of Art in America and Harrowsmith magazines. A big-screen TV and speaker towers remain in the living room but floors are littered with layers of rodent droppings, smashed crockery and moldy books. The compound, including a guesthouse and gatehouse, is currently owned by Fortis BC, run as an independent power plant and not open to the public.

Twenty-six years since he last roamed the halls of Walden North, Vernon Pick’s feared Apocalypse hasn’t yet materialized. But thanks to the solid foundations he put under his dream, there may be a future for Walden North yet.