It was spring 1985 in the Waddington Range and Peter Croft was psyched. Just 26 at the time, Croft had long heard stories of isolated peaks rising 3,000 and 4,000 metres above gnarly glaciers, difficult terrain and the threat of bad weather.

And now here he was on a five-day, nine-summit traverse with friends Greg Foweraker and Don Serl. “Don was kind of like the King of the Coast Mountains,” Croft explains from his home in Bishop, California.

Facing a traverse that had never been completed, the trio travelled light with no radios, which meant, “If something bad happens you’re really kind of screwed,” Croft says. Everything went smoothly until the third bivouac, “Then we all got worked over.”

Foweraker got puking ill, but recovered, and Serl was nearly knocked off the east face of Asperity Mountain when falling ice chunks whacked his arm. “I’d never seen Don shaken,” Peter recalls, “but he was definitely shaken.”

Climbing on Serra V, the most difficult peak, went well despite a foreboding and gloomy sky. “It was pretty casual,” Croft says, “and then we started the most epic descent I’ve ever made.”

On the first rappel, Croft lost control of his rope, regaining a grip just in time to prevent himself from whizzing off the end. Then the whole cliff threatened to let go. As Foweraker and Serl yelled that huge boulders were coming down, Croft swung hard into a corner and shouted, “Are you kidding? I’m right underneath you!” He tucked in as blocks twice the size of toasters rained down all around. Amazed he had survived the whooshing onslaught, Croft hollered, “When are the big ones coming?” 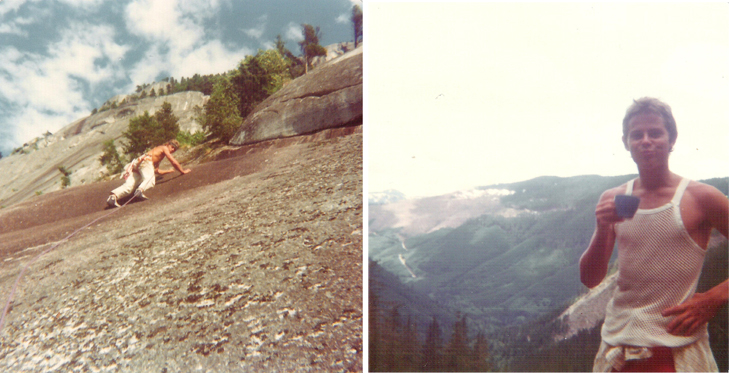 “NOW!” TV-sized boulders sailed over his head, rattling Croft to the core.

He recalls feeling jittery, as if he had drank ten espressos. “I had no more funny jokes left in me.”

Croft explains that his most memorable adventures seem to occur when “weird stuff comes up that you could never have foreseen, when there’s a level of intensity.” He says that that particular traverse remains a standout.

A master at moving over stone and gliding up and down mountains, Croft was born to climb. His record-setting achievements could fill volumes, and are peppered with examples of how his soft-spoken, unassuming nature, gracious personality, sense of humour and sheer unadulterated enthusiasm for climbing sets him apart.

From the mid-1980s onward, Croft set the climbing world on fire with a string of high profile, free solos and linkups in Yosemite. The one-day El Cap and Half Dome climb with John Bachar was “at least as good as anything I’d done in my life, and I was looking off in the distance like, ‘what’s next?’”

How about a gazillion sport climbs, boulder problems, big walls, and long traverses, such as his one-day Evolution Traverse in the High Sierras where he linked nine 13,000-foot peaks (“One of the very best,” in Croft’s words.)

Peter was wild about the outdoors as a boy, fishing, hiking and exploring around his home in Nanaimo, BC, but the first time he went rock climbing, he intrinsically knew: “This is it. This is who I am.”

The next step followed in 1975 at the Stawamus Chief in Squamish when a teenaged Croft, in full shank mountain boots, fell off the crux, lassoed a tree and shed blood to scrabble up “Sickle,” a 5.8 slab route. He was ecstatic. He’d tapped into his true euphoric self and began a tireless climbing quest. But it wasn’t all smooth on the path to achieving his god-like abilities and superb style. 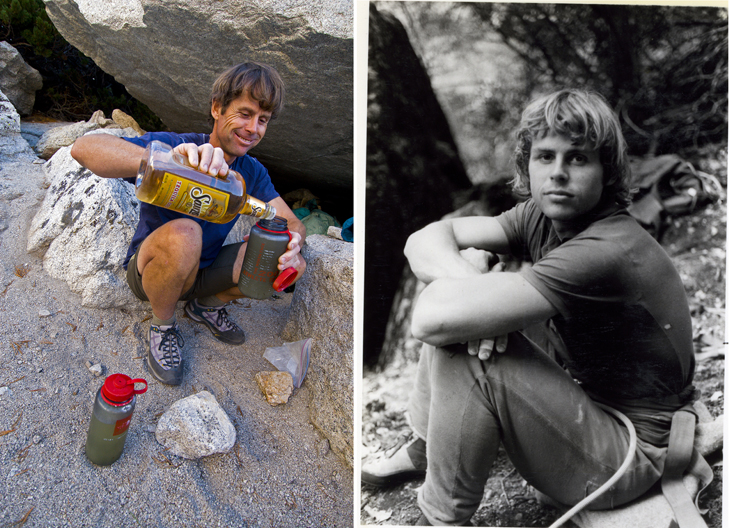 In 1978, the self-described “total gumbie” was smitten with alpine climbing on the formidable northeast buttress of Mount Slesse. Michael Down recalls Croft being so overwhelmed by a super-exposed 5.7 crack that he led a 5.10 pitch instead. That night, Croft says he could have died happily of awesomeness. “It was so overpowering – just the feeling of being up there.”

Back on the rocks in Squamish, Croft and Hamish Fraser redefined hard rock climbing with the first free ascent of University Wall in 1982. Then, in 1983, non-stop ascents of South Howser, Bugaboo Spire, Crescent Spire and Snowpatch Spire further confirmed Croft’s leading-edge style.

His vivid descriptions reveal his “can’t hold back” exuberance. “Plunging along in the snow on the way to Snowpatch I tried to retain my composure, to pace myself, but finally gave in and ran down the hill, arms and legs whirring windmill style with the same sparkle and eagerness as a five year old on an adventure,” he wrote in the 1984 Canadian Alpine Journal.

Croft, now 55, muses that he is best at chickening out or “picking my battles.” He has honed a safety buffer by backing off when something doesn’t feel right and is never afraid to go with Plan B.

“The climbing and the continuing adventure are the important parts,” Croft says. “Get out there. Get after it.”