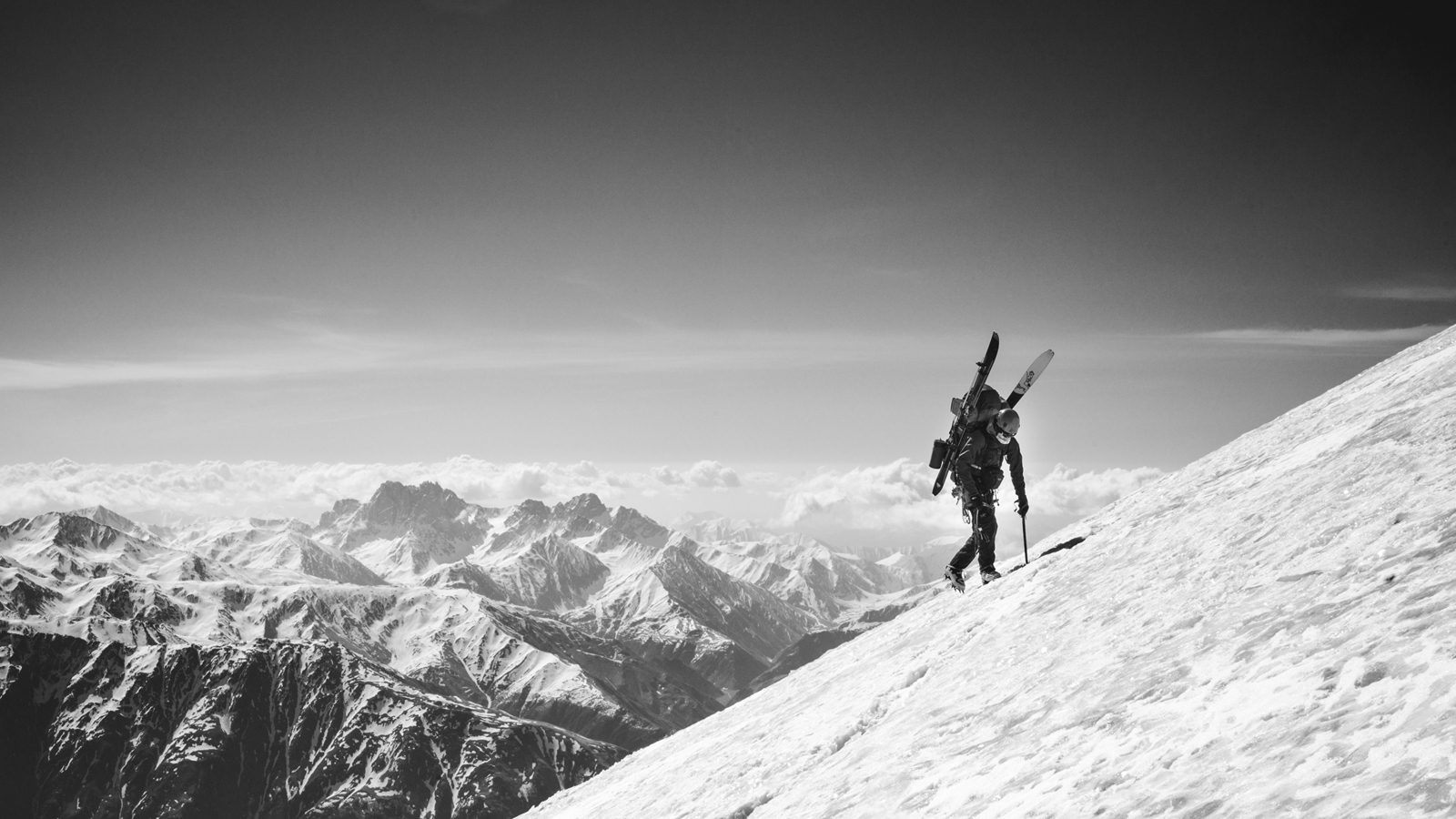 The adventure had begun only a month prior when I received an invitation to ski in Georgia from Chris, one of my regular Squamish ski partners. Through a chance Facebook encounter with a mysterious Austrian skier, Chris had been convinced that the Caucasus Mountains of Georgia were ripe with first descents.

Hemmed in by the Caspian Sea and the Black Sea, and encompassing places such as Chechnya, the Caucasus Mountains are reluctantly shared by Georgia and Russia and have been a geopolitical hotspot for millennia. Add some of the highest and most difficult mountains for climbing in Eurasia, and you have a guaranteed ski adventure.

I bought my plane ticket the next day.

Just days before we were supposed to fly, I watched Chris get caught in a major avalanche near Pemberton. He survived, but I instantly knew I’d be heading to Georgia alone. Thoughts of skiing steep and icy peaks in a foreign country with a Facebook stranger almost convinced me to cancel my ticket, but in the end I couldn’t resist the call of big, new terrain. Forty hours, three flights, and a taxi ride later, I’m hauling expedition gear through 3 AM-deserted alleyways in the capital of Tbilisi. After some tense moments, the owner of my homestay calls my name from a dark corner and ushers me in to safety and sleep.

The next morning my Austrian ski partner, Peter Schon, arrives. We introduce ourselves and are soon scouring obscure Russian climbing websites for inspiration. Peter and I then head to Tbilisi’s markets in search of provisions and the crucial canned gas for our high-altitude stoves. Next comes haggling with the driver of our marshrutka (a fi xed-route minibus that runs across Georgia) for him to allow our skis to lie amongst the passengers. Soon enough we’re en route to the town of Kazbegi (Stepantsminda) near the base of Mount Kazbek.

The seventh highest mountain in the range, Mount Kazbek is a dormant stratovolcano resting on an ancient trade route and is one the most famous and holy mountains in the region. Regular expedition procedure upon arrival would be to spend a day packing and working out the logistics of climbing a 5,000-metre plus peak, but with our beautiful weather window forecasted to deteriorate within three days, we only had enough time to strap our skis to our packs, hire a jeep and keep moving.

The hastily formulated plan was to climb and ski Mount Kazbek in half the time it would usually take, and although we could see our intended ski line, we still had no idea how to reach it. After guiding our driver in the general direction of what we hoped was the correct ridge, we set off on foot in the fading evening light. Up steep, grassy foothills we follow the winding paths created by centuries of grazing animals. The next morning we reach our ridge and climb through jagged volcanic towers plastered with snow and ice. By day’s end, we’ve covered several kilometres and climbed up a few thousand metres.

After a restless night above 4,000 metres, morning finds us staring at the ice on Kazbek’s upper face. I harbour some serious doubts about our ability to ski the mountain while Peter seems oddly at ease. We’ve only known each other for two days, yet now we’re thrust together into these life-and-death decisions. It’s a real challenge to fi gure out how to ski this mountain while simultaneously learning each other’s complex personalities. After changing the already-improvised game plan several times, we finally agree to give it a go… and less than a minute later I’m at the bottom of that crevasse.

Peter is adjusting his gear and doesn’t see the fall, but unhurt I extricate myself from the icy hole in a minute or so before shouting at Peter to watch out for crevasses. He does, and we continue on our mad dash to the summit. Less than 48 hours after leaving Tbilisi, which is only 300 metres above sea level, we’re skiing a new line off the 5,033-metre summit of Mount Kazbek. Our line is an improbable ribbon of snow that winds its way through massive cliffs and scoured faces of ice.

With our appetite for first descents whetted, we continue the frenetic pace to the medieval mountain villages of Svaneti in Western Georgia. Ancient defensive towers stand in clusters on the landscape and hint at Svaneti’s brutal past. From the bedroom window of our homestay, I spot the top of an impossibly steep couloir that seems to have the perfect elevation, aspect, and architecture to hold a promising bit of snow. Peter has a collection of old maps and the handy ability to read Russian, so with minimal planning (again) we thumb a ride with some German tourists heading up the Chalaadi valley and start to climb once again.

Several days later, with no food or energy remaining, Peter and I have skied two new lines amongst probably the steepest and most committing terrain ever skied in Caucasus. However, before we have time to congratulate ourselves, I am rushing back across the country to catch a plane home. Looking back on my time in Georgia, I realize we did nothing the tourist guidebooks would recommend.

We blew past the multitude of millennia-old churches and ignored countless other iconic sights and mustsee activities. But skiing first descents in exotic ranges is the most fi ckle of pastimes—with no precedence set and countless obstacles decreasing the odds of success, you have to totally commit to the hunt, there is no real time for leisure. And yet, as I look at these pictures, I wouldn’t have had it any other way – a six hundred dollar, three-week, pedal-to-the-metal ski safari.