Salomon, in cooperation with Switchback Entertainment, and athletes Cody Townsend, Chris Rubens, and Brody Leven, is excited to unveil Eclipse, the much anticipated, 31 minute short film, complete with a rich multimedia experience, never before seen in the ski industry.

The world premiere of Eclipse will be this Wednesday in the Eric Harvie Theatre at the Banff Mountain Film and Book Festival. There will be a bonus festival screening in the Rolston Recital Hall. Eclipse’s online premiere will be released via FreeskiTV.Salomon.com on Tuesday, Nov. 10, 8 am MST.

It was a ridiculous idea from the start. Travel to the high arctic in pursuit of a single image a skier silhouetted against a solar eclipse. Lasting only two and a half minutes, the odds of having clear skies during the eclipse were low. Despite the odds being stacked against them, the Salomon Freeski TV team set out on a three week expedition to Svalbard, Norway encountering polar bears, abandoned Russian towns and even climate change. Persistence, preparation and a positive attitude guaranteed nothing as March 20, 2015, dawned.

The fate of the expedition’s goal would rest entirely in the hands of the weather gods. From the extreme nature of the trip to the multimedia experience, viewers will be given an indepth look at the expedition, the athletes and how Eclipse was pulled off. In addition to being a first of its kind production from Salomon Freeski TV, Eclipse rethinks what it means to truly tell a story. 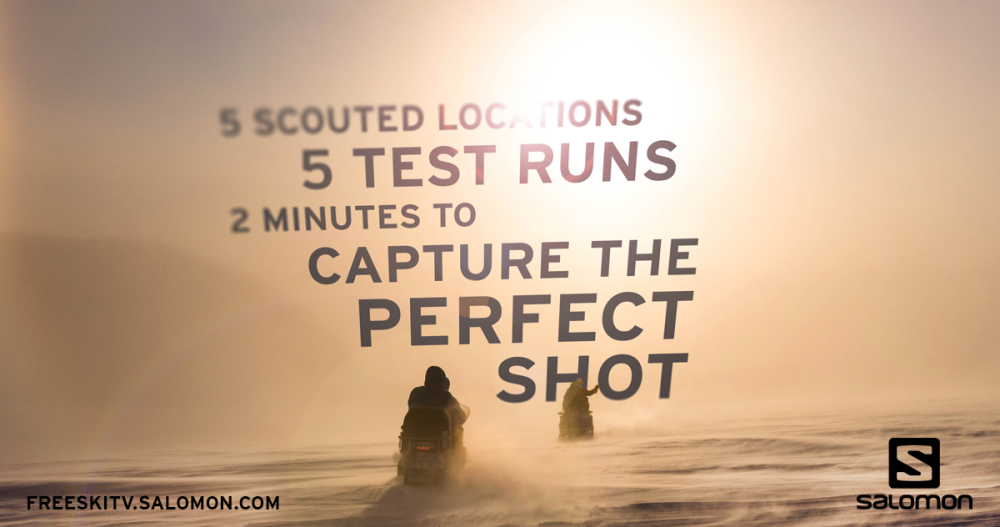