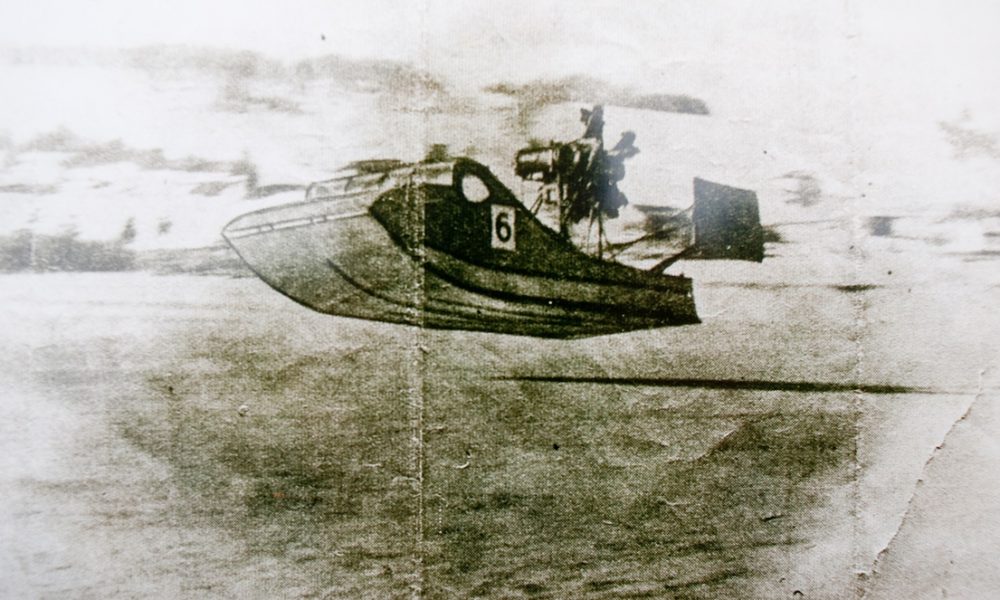 Winters around southern Georgian Bay were much different 60 years ago. Once upon a time, ice would have settled in and bonded the 30,000 Islands until spring. People known as “full timers” – they lived on islands all year round – had the knack for reading the ice and getting around on it. They had to. Prior to the days of the snowmobile, the “scoot” was unquestionably the most versatile mode of winter travel.

With a punt-shaped (flat-bottomed) boat hull on steel runners and a motorized, air-drive propeller, the scoot was designed to overcome the limitations of transportation on Georgian Bay and Lake Simcoe. The craft worked best on ice or in mixed conditions when you couldn’t trust the ice, or when floating ice made regular boat travel too hazardous. 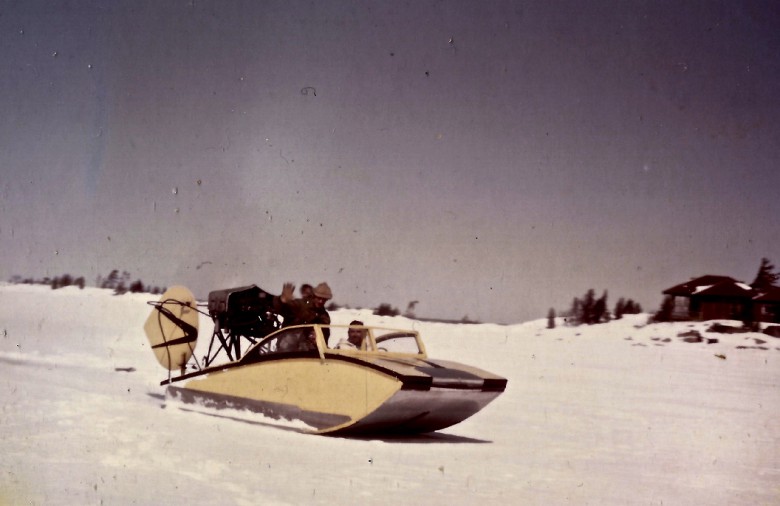 The precursor to the scoot was an air sled designed by French River resident Reg McIntosh (1903–1985). He used a toboggan-shaped sled with a motorcycle engine to drive a homemade aircraft–style prop. He celebrated when his dream toy scooted across the ice, but nearly died when he unintentionally hit open water and sank his weighty sled. But the potential was released; now it had to be modified to perfection.

Scoots were hand-built by men with no professional background. The one who built it was most often the one who piloted it. No two scoots were built the same. Scoot builders would often use their own back-shop supply of lumber, old angle iron, castaway bed frames, and assorted piping for engine mounts. If things went wrong, there was no local service station to provide new parts. These guys were industrious, self-reliant inventors.

No two scoots were built the same. Scoot builders would often use their own back-shop supply of lumber, old angle iron, castaway bed frames, and assorted piping for engine mounts.

Prior to the days of cages, there were accidents related to the invisibility of the propellers when moving at high speed – sometimes with tragic results. The freedom to travel regardless of the conditions could also spell misfortune and strand drivers in remote locations. 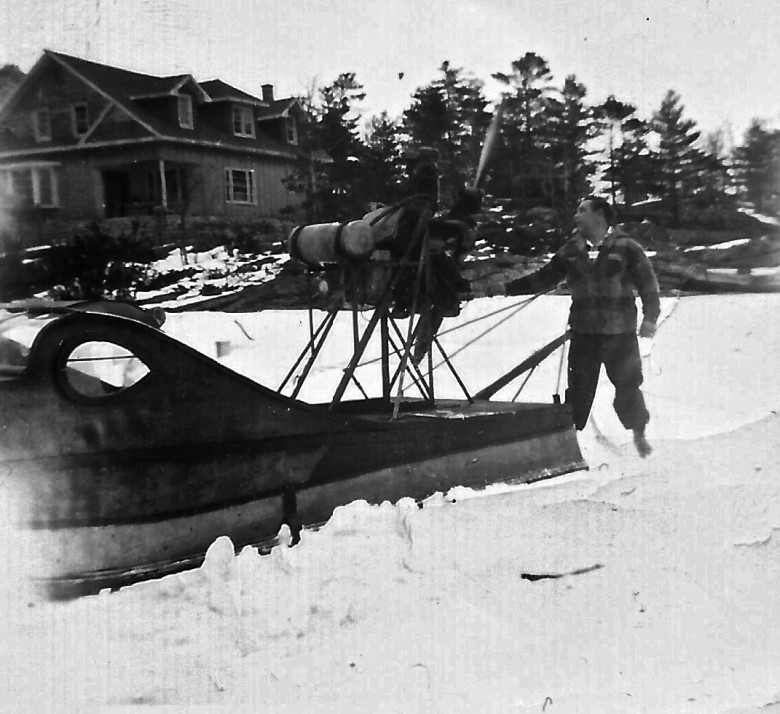 Celebrations of the scoot spread to the winter carnival races held in Penetanguishene in the late 1940s to ‘60s. For a time, scooters publicly demonstrated their crafts and pilotage. But it became increasingly difficult for sponsors to obtain liability insurance for the event. The last official scoot race, known as Scooterama, was held in Parry Sound in 1987. The most famous of all vintage scoot shots is this one of Andy Trudeau (1924–2013) taking to the air in one of his own handmade scoots upon completing a race in Penetanguishene harbour in 1949.

The scoot exhibits the tame wild nature of the scooters who elected to keep their island lives full-time. They celebrated their place and people, and got around just fine.