It’s 5:00 a.m. on a cold, winter morning in Whistler. Most hardy souls up at this hour are just creeping out from under a warm duvet and checking the snow report as they put coffee on. But not Palo Maryncak. He steps out of a lakefront cabin and into the harsh reality of minus 15 degrees Celsius wearing nothing but Crocs and a bathrobe. He casually walks onto the dock to partake in his daily, morning ritual—a four- to five-minute-long “bath” in ice-cold Green Lake. 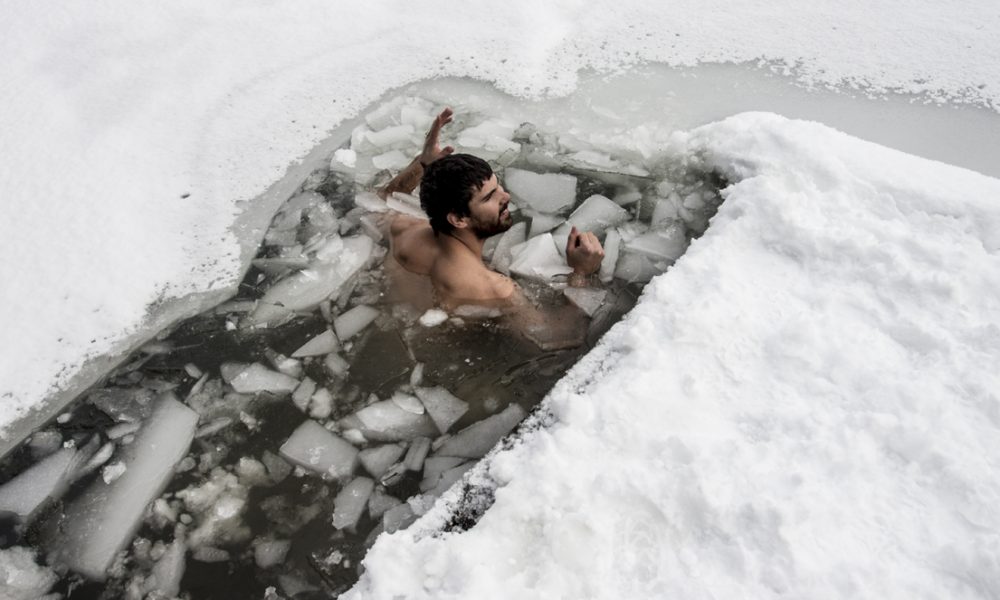 “I started doing this when I was about 14 in my hometown of Bratislava, Slovakia,” Maryncak explains. “It was actually part of our track and field training. We would jump into the cold water to help heal our bodies from all of the micro-tears. It helps to seal them and you don’t have as much muscle soreness afterwards.”

Palo adds that his daily plunges also aid in strengthening his immune system and making blood vessels constrict, as they try to keep warm blood in the core. “It helps to train these cells,” he says. “It also helps with blood circulation, detoxification and your cardiovascular system as well.”

No matter how many times he does it, the shock-factor is always there—but dealing with it the right way helps to ease the pain. To prevent what is known as cold shock response, Palo immerses himself slowly instead of jumping in.

“One of the greatest things is when you walk out and you’re not cold, standing there on the dock. It’s dark, silent and your body starts producing heat and endorphins— it’s an amazing feeling of being alive.”

“It gets more intense once my chest sinks in and the first thing I feel is a shortening of breath, full exhalation is especially difficult,” he says. “Then it becomes about staying mentally calm and focused. You just have to tell yourself that you can do it. You will think that you can’t, but you just have to try. For me personally, I do it as training, like yoga and meditation. If you can get past that mental shock and really stay calm, it’s not all that bad.”

Maryncak starts cold-water plunging at the end of the summer to begin preparing his immune system for the autumnal onslaught of newcomers arriving in Whistler, who often unknowingly bring flu bugs (or worse) from all points of the globe. His longest streak is every day for three
months straight. “I almost never get sick now,” he says.

After a cold water plunge is over, the body releases cortisol and endorphins, essentially an adrenaline fix, but Maryncak explains he also enjoys the very unique connection to nature that this ritual provides. “One of the greatest things is when you walk out and you’re not cold, standing there on the dock. It’s dark, silent and your body starts producing heat and endorphins— it’s an amazing feeling of being alive.”

Find out where to take a Polar Bear swim in the Sea-to-Sky corridor here.

Not ready to jump in an ice-cold lake? Get the rejuvenating benefits of an ice-bath in a peaceful spa atmosphere at The Scandinave Spa Whistler.