Skip to content
The Banff Mountain Film and Book Festival happens over nine days each fall and features stories of profound journeys, unexpected adventures and ground-breaking expeditions told by renowned authors, photographers, adventurers and filmmakers from around the globe. Days after the Festival, our World Tour launches, bringing films to fans in over 40 countries. Full schedule here.
Watch the Film Competition trailers here. 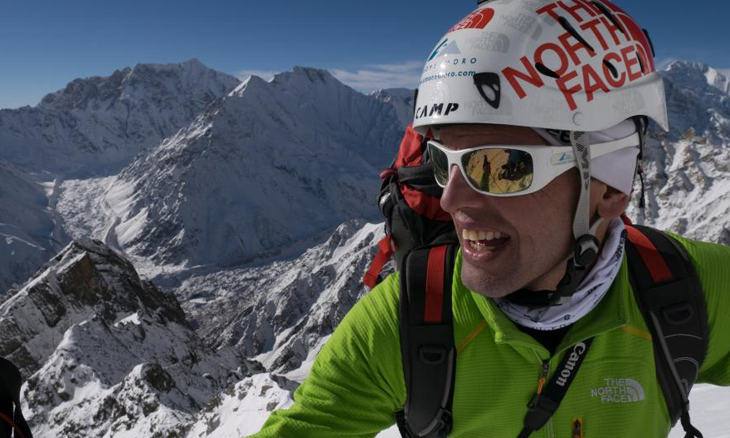 In 2013, while climbing on Everest, Simone Moro and his climbing companions Ueli Steck and Jonathan Griffith were attacked by a mob of Sherpas at camp II (6400m) due to miscommunication and a high altitude dispute. The “brawl on Everest” made headlines worldwide and Moro’s team was forced to descend, fearing for their lives.

Simone Moro is a celebrated Italian alpinist who specializes in winter climbing: he holds the record for first winter ascents of 8000-meter peaks—Shishapangma, Makalu, and Gasherbrum II. A passionate climber, Moro is also an accomplished helicopter pilot and founder of a helicopter rescue program in Nepal. The Call of the Ice is the newly published English memoir of Moro’s Himalayan winter exploits. The recipient of countless awards, Moro returns to the Banff stage for an intimate interview with climber, writer and psychologist Geoff Powter. 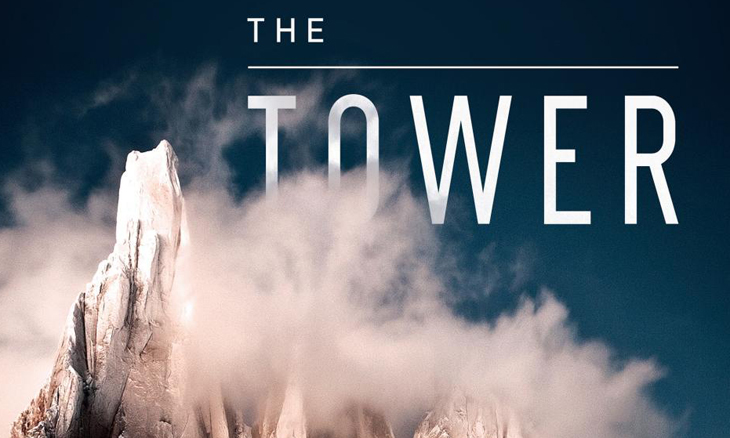 In his new book, The Tower: A Chronicle of Climbing and Controversy on Cerro Torre, American alpinist Kelly Cordes becomes alpine detective. After summiting Cerro Torre via a new route, Cordes became focused on getting to the bottom of that big question – did Maestri and Egger climb Torre in 1959 or not?

In a heavily-researched book that explores the history and ethics of alpinism, Cordes travels from the granite summits and windy pueblos of Patagonia to the villages of Trentino. The Tower is a page-turner, following generations of the world’s finest climbers testing themselves on what many consider the world’s hardest peak. In the process, Cordes examines what one beautiful mountain can tell us about ourselves and our times.  Besides Cerro Torre, Cordes has put up new routes in Pakistan and Alaska. He has written for Alpinist and Climbing and was senior editor of the American Alpine Journal. 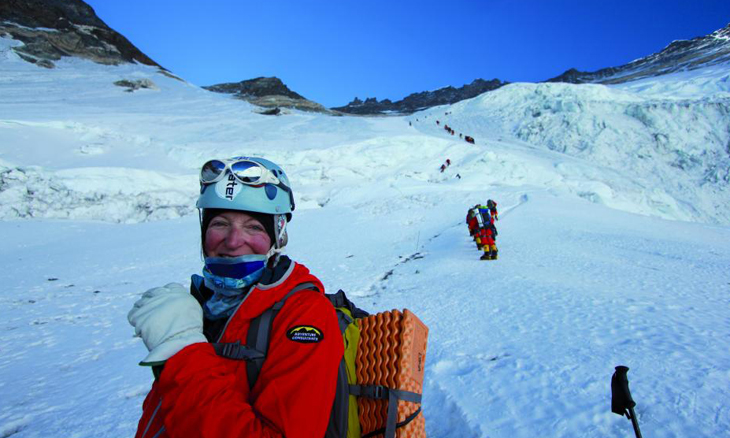 In 1988, Lydia Bradey became the first woman in the world (and first New Zealander) to climb Mt Everest without supplementary oxygen. It proved to be a controversial climb, caused by Bradey not having the correct permit. Fearing the Nepalese would ban them from Everest, her teammates denied her claim. Bradey struggled to recover from the harsh words of the media and her doubters. When the Nepalese government threatened Bradey with a 10-year climbing ban, she too retracted her claim of a successful ascent, only to reassert her summit claim years later.

Eventually vindicated and credited with the climb thanks to other climbers on the peak, Bradey has since gone on to a very successful and prolific climbing career, which has included two more ascents of Everest, both times guiding clients up the route. She joins us for the first time at the Banff Mountain Film and Book Festival for an on-stage conversation with celebrated Australian-born climber and award winning writer Greg Child. 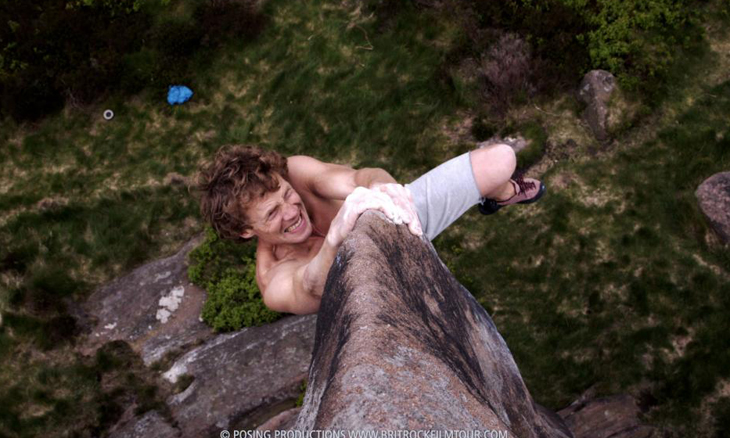 Tears of the Dawn: Jules Lines
Jules Lines is Britain’s most accomplished free solo climber and the recipient of the 2014 Boardman Tasker Prize for mountain literature. His quiet demeanour and natural talent have earned him the unofficial title of “The Dark Horse” in Scottish climbing circles. In Tears of the Dawn, his first book, he recounts adventures and mishaps worldwide, from early achievements whilst still at school to the continuing challenges of the present day including an alarming fall off one of Britain’s hardest routes, Hold Fast (E10) at the age of 44. The video of his fall became a morbid internet sensation, particularly intriguing since he appeared to simply dust himself off and walk away from a 30-foot fall. Tears of the Dawn spans more than three decades of reflections on extreme climbing revealing the drive and determination required for a human being to repeatedly gamble with his own existence, and for it to become not only a way of life, but his raison d’être.

Alpine Warriors: Bernadette McDonald
Award-winning author Bernadette McDonald returns to the Banff stage with her latest climbing book Alpine Warriors, an intriguing look into the largely unknown world of Slovenian alpinists. Since the Second World War the states of former Yugoslavia generated some of the most prolific climbers in the world. Slovenia, in particular, and its community of committed alpine mentors and students ventured into the unknown with limited means, climbing bold new lines on difficult Himalayan peaks and upping the ante in the realm of high altitude alpinism. By 1995, all of the fourteen 8,000-metre peaks had been summited by Slovenian teams and in the next 10 years, some of the most dramatic and futuristic climbs were made by these ferocious alpinists. Alpine Warriors gives insight into the politics, inter-ethnic conflict and socio-economic conditions that drove these brave men and women into the high mountains seeking solace and satisfaction in projects way ahead of their time. 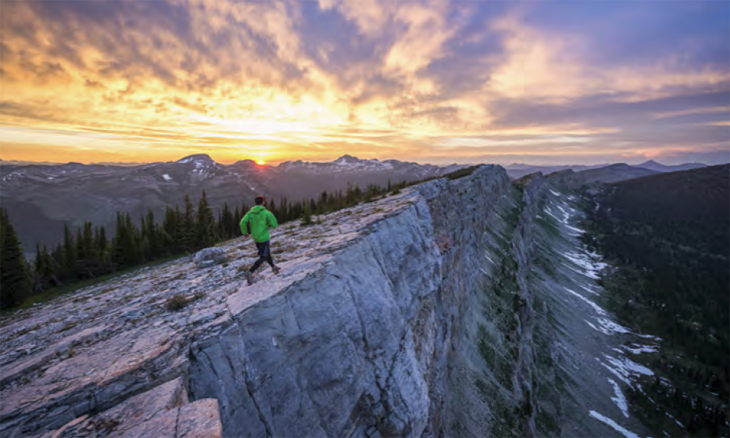 This September, Steven Gnam, Mike Wolfe & Mike Foote, left their homes in Missoula, Montana, and ran north along the 800km Crown of the Continent, all the way to Banff. The journey took them across the wild and rugged mountain ranges that follow the Continental Divide linking up not only two outdoor cultural communities but wildlife corridors which showcase the connectivity between our two countries. This region – spanning over 18 million acres – is one of the largest remaining intact ecosystems on our continent. Join these three amazing athletes for an intimate premiere of their story as documented in stories, photographs and video.

Your ticket includes appetizers and 2 drinks per person. If you’d like to follow this presentation with dinner in the Bistro, please call 1-844-370-5619 to make a reservation. 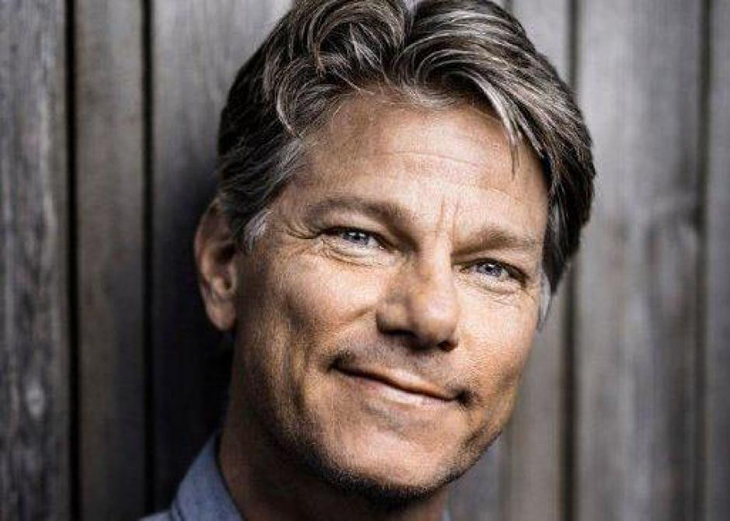 Join us for an intimate reading and presentation by one of Canada’s most prolific writers.

From the #1 bestselling and award-winning author of The Golden Spruce, and The Tiger comes The Jaguar’s Children. In the spirit of The Constant Gardener, The Jaguar’s Children is a rich, gripping, literary thriller that showcases the narrative power John Vaillant has become known for. 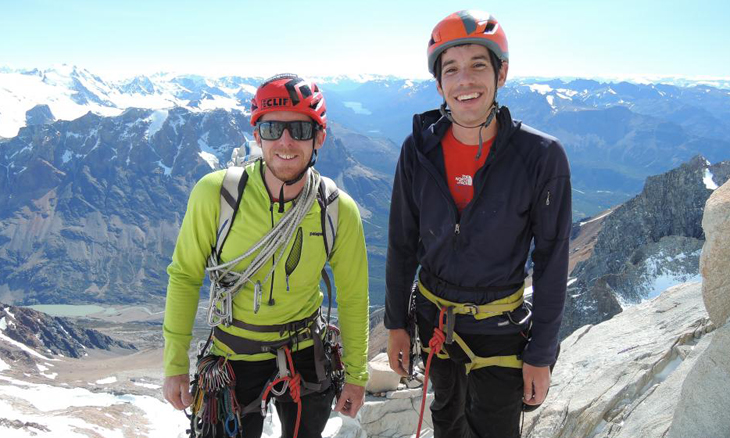 It’s been a big year for American climber Tommy Caldwell, an athlete at the top of his game both physically and mentally. First, along with Alex Honnold, he picked up a Piolet d’Or for the first traverse of the Fitz Roy massif – a seven-summit climb stretching four miles across an iconic skyline in Patagonia. Then, he and partner Kevin Jorgeson finally finished the first free climb on Yosemite’s notoriously difficult Dawn Wall, El Capitan’s steepest and toughest section with 32-pitches, 17 of them excruciatingly hard. After 10 years of planning and dreaming, five attempts and 19 days living on El Capitan this past winter, their feat – accomplished in the new era of live-coverage adventure – drew mainstream media to both the climbers and their route in an unprecedented way. Caldwell’s remarkable achievements, fantastic athleticism and his uncompromising climbing style are lessons on dreaming big and rising to the challenge.