Since we started Mountain Life: Coast Mountains almost a decade ago, mountain biking has essentially taken over the world. So it made sense that the first 13-page Super Feature we’ve ever published in the mag be about biking. This eight-part online feature comes from the Summer 2015 “Wheels & Water” issue and we feel they give a good glimpse of the scope and quality of riding offered in B.C.’s South Coast. Ride on!—Feet Banks, editor, Mountain Life: Coast Mountains 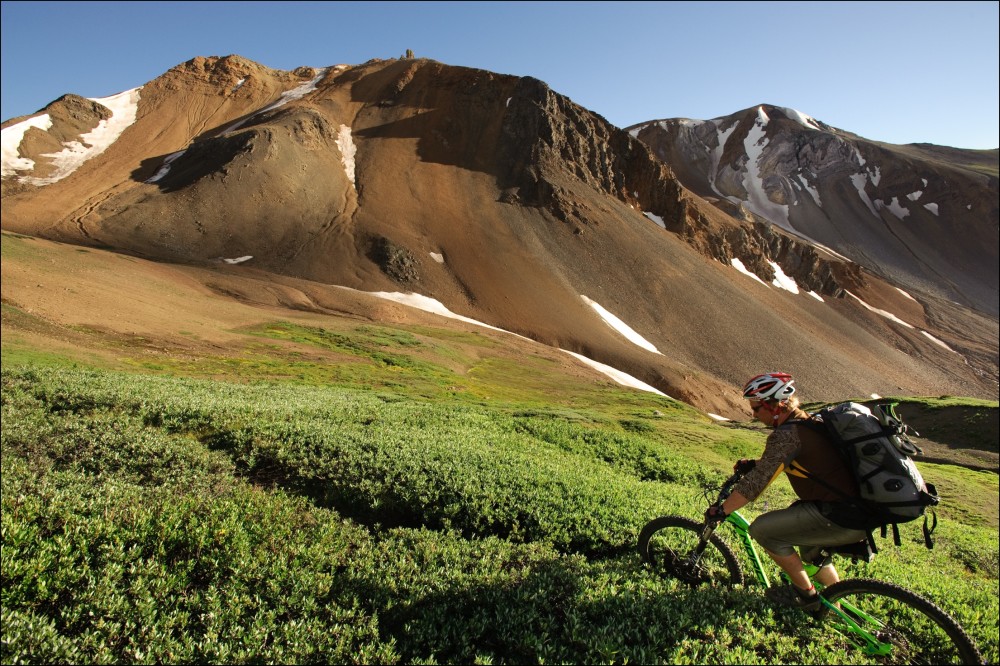 Words and photos by Pat Mulrooney

It’s about 7:00 p.m. as we roll into camp, and three hours since the crash. Blood has finally ceased flowing from a gash in my forehead and both my knees are in bad shape. The promise of camping on the shores of a glorious, remote alpine lake is the only thing that had kept me going. The lake sits at treeline at the head of a small valley surrounded by lush green meadows painted with wildflowers on all sides. Above, north-facing glaciers carve their way down dramatic peaks rich in colour with iron and copper deposits. The views almost allow me to forget my injuries, but the truth is I’m concussed, and if both my kneecaps aren’t cracked, I’ll be pleasantly surprised. It’s day two of a five-day, self-supported mountain bike traverse in the South Chilcotin Range and I’m seriously injured. But we had to make it to the lake – if there was ever a place I had to be down for the count, this was it. We started doing overnight rides in the South Chilcotins more than 12 years ago. Myself, and longtime riding friends Danielle and Mike were warriors on these spring, summer and fall missions that would always begin with a float plane drop from our friend Dale, owner and operator of Tyax Adventures. The original trips would start as one, or maybe two nights out, and our gear was always way too heavy. One of the mountain bike pioneers of the region, Dale never failed to utter the same sarcastic line as we stepped out of the Beaver; “Enjoy your hike.” 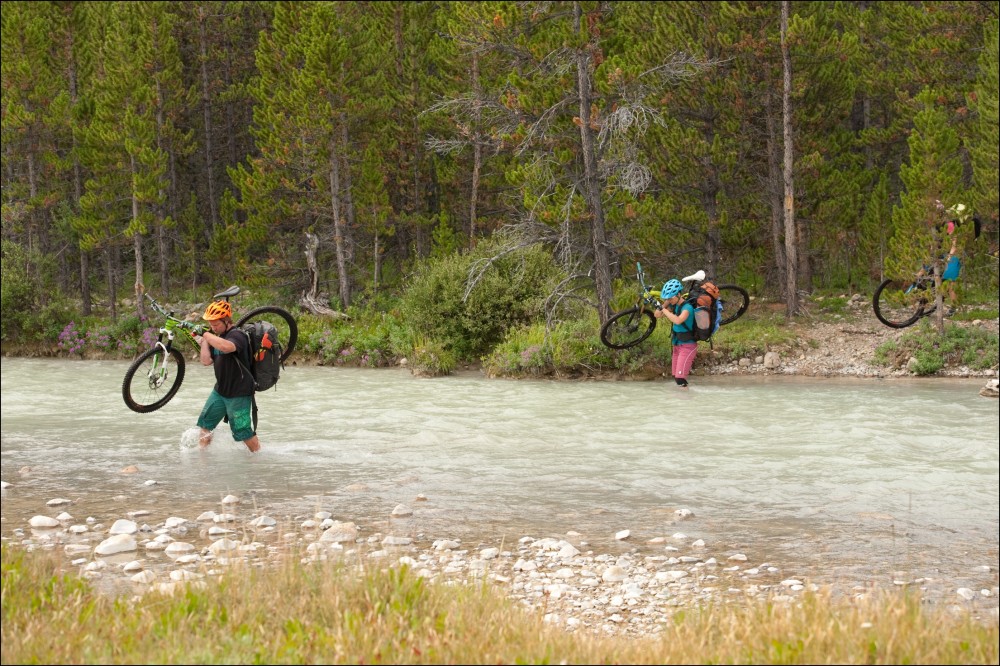 Without exception, each trip would have many unknowns — is it rideable, do we have time to cover that distance, and can we cross that river? Those early voyages helped me to understand the value in riding lighter if we wanted to spend more nights out and explore further. The key to these adventures became finding a way to make multi-day rides manageable and better yet . . . enjoyable. For me, it’s about riding my bike properly and not just going on a long, slow tour. What went into the bag became an art over the years. The most important element, however, is always who I go out with. These trips are far from easy and not for everyone. Riders need to have what it takes to get through the inevitable challenges that arise, but even more critically, need to be able to appreciate them as part of a greater whole. The quality of riding in the vast single-track network of the South Chilcotins has always been truly “epic” and each year I discover new pieces of trail that weave into some of the most remote corners of this paradise. Add to that list, countless grizzly bear sightings (and only rarely being charged by one), wolves, cougars, wolverines and all the other animals on the backcountry, natural farm. Crazy weather (like snowfall in August), human error (a buddy got lost once and spent a night on his own) and equipment failures can also play a role. 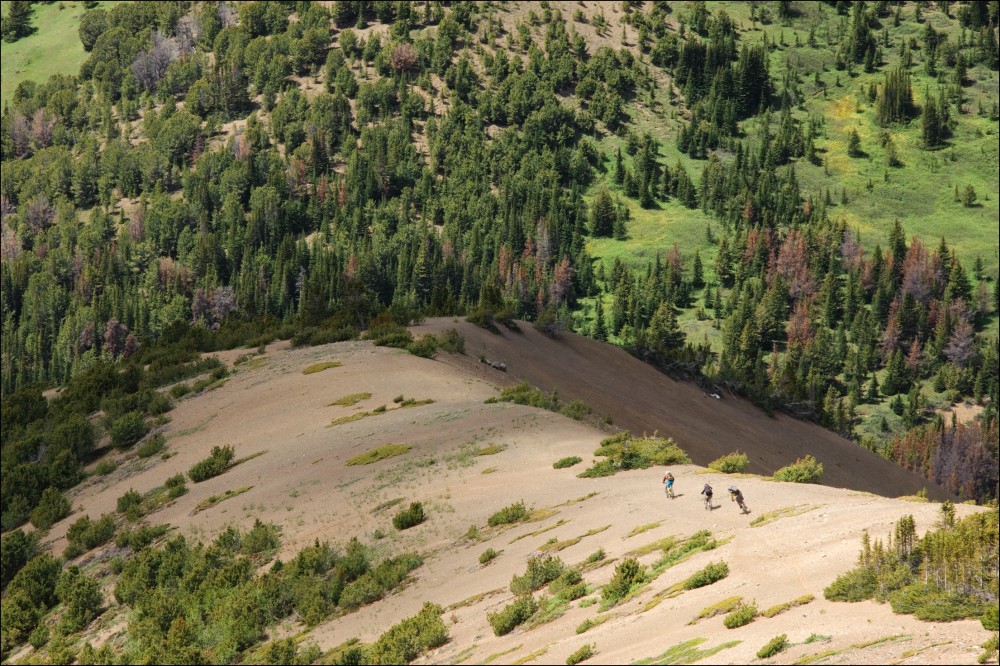 Ultimately, we always make it home, and these multi-day missions into the beautiful wild Chilcotins are among the greatest mountain adventures I’ve ever had, so it’s been important for me to share them with like-minded mountain travellers and best friends. These kinds of friends are also handy when you suddenly and inexplicably go over the handlebars on mellow terrain and crack your helmet and kneecaps into a bloody mess. Mike and Danielle stabilized me, but as the architect of the trip, I knew we were in a very remote location and I had to either suck it up and move on or face pushing the SOS button on my InReach. I was disappointed in myself — I make a point of riding at 50 per cent when I’m that far out — but I knew we had to make it to the lake. 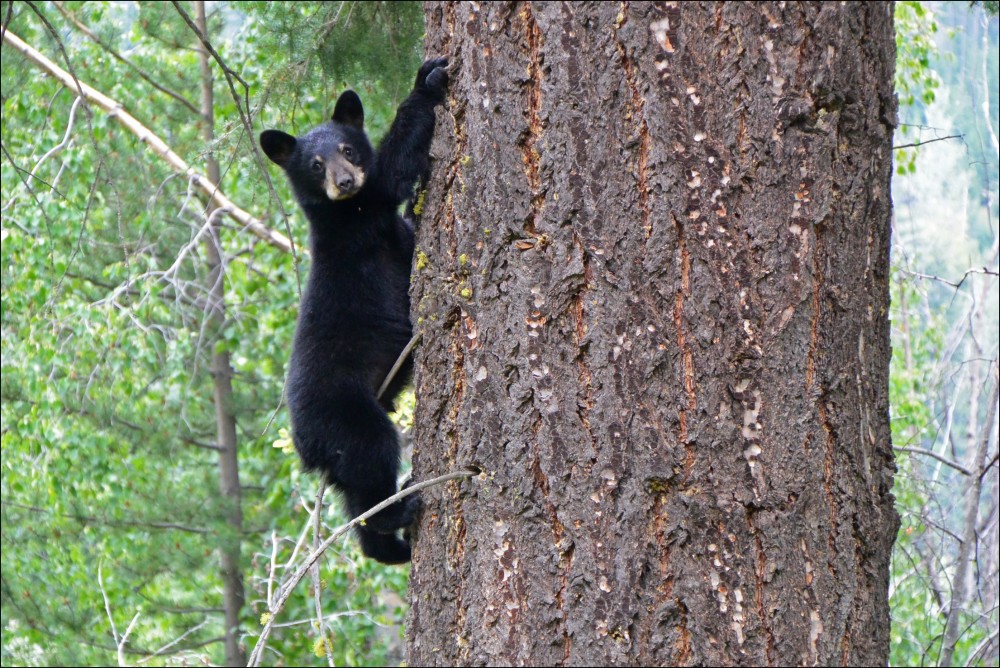 And we did. I woke up early on day three and realized the full severity of my injuries — a mild concussion pounded my skull and my left knee had swollen enough to suggest a cracked or bruised patella. The right knee did not look much better and the overall trauma from the crash and subsequent three-hour ride had left my entire body stiff and sore. A challenging morning to say the least, but I still couldn’t help but be inspired by the crisp air, dew misted meadows and perfect azure lake. As I had hoped, I gained strength from this place and we were able to pack up and move on while I chewed on ibuprofens like Tic Tacs. The next two days were agonizing. Each of them involved ten-hour plus rides with major ascents, and by the time we reached Spruce Lake on day four, it was clear I couldn’t go on. We communicated with Dale at Tyax Air and before I knew it we were on a short flight back to Tyaughton Lake. This was the first trip I had to pull the plug on in all those years. It left me feeling a little empty and wanting a rematch. As I’m writing these words, my knee is at 75 per cent and I’ve already conceived of the greatest and most epic trip that will take place this August with three of my favourite people in the world. Bring on Chilcotin season! Read previous articles form this series here: 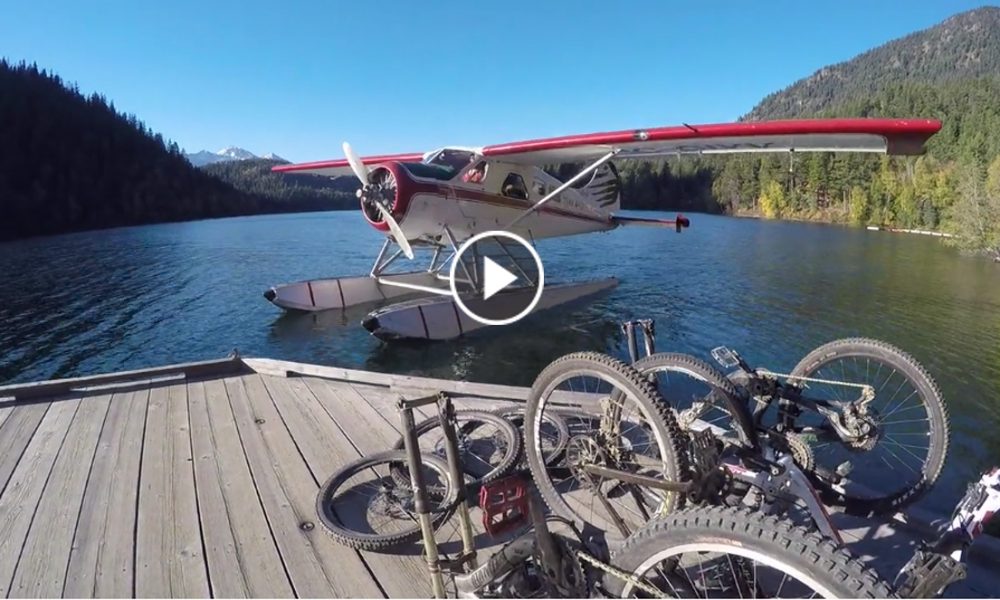