For the Friday night (Oct 9) opening gala the festival will premiere How to Change the World which chronicles the not-so-humble rise of Greenpeace and follows its global environmental activist movement that helped spark an ongoing revolution.

As a special presentation, the WLFF will set up shop in the newly unveiled Heartwood Concert Hall to screen Montage of Heck, a pseudo-fantasy documentary based on the life of Nirvana frontman Kurt Cobain. Author Lynn Crosbie who has just published “Where Did You Sleep Last Night,” a story about a young woman who dreams she has an affair with the late Cobain. Crosbie will take part in a Q&A with Pevere, and give a short reading. Copies of Lynn’s book will be available during the festival.

For Saturday night, the crowd favourite Shorts programme is back. Newly appointed joint Owen Sound Poets Laureate Larry Jensen and Rob Rolfe will open the local programme with a few words. A number of awards will be given out following a People’s Choice style judging survey.

Throughout the festival, patrons will be able to enjoy a collaboration craft beer made by Kilannan Brewing Co. and Tobermory Brewing Co. & Grill, made specifically for the festival. Wild Lands Mild Oxymoron Ale will be available at the Roxy Theatre, as well as Casero Kitchen Table, who will host an after-party following the closing ceremony Saturday evening.

The festival will be catered by Guelph pizza troupe, Those Pizza Guys – a mobile wood-fired pizza crew who will be crafting made-to-order personal pizzas with local, organic, non-GMO veggies and toppings generously donated by The Barn Co-operative Network in Meaford. TPG will be set up in the Mix 106.5 parking lot, adjacent from the Roxy for the entirety of the festival.

Tickets are available at roxytheatre.ca/wild-lands-film-festival-2 and at the Roxy box office in Owen Sound for $20/night or $35/festival. 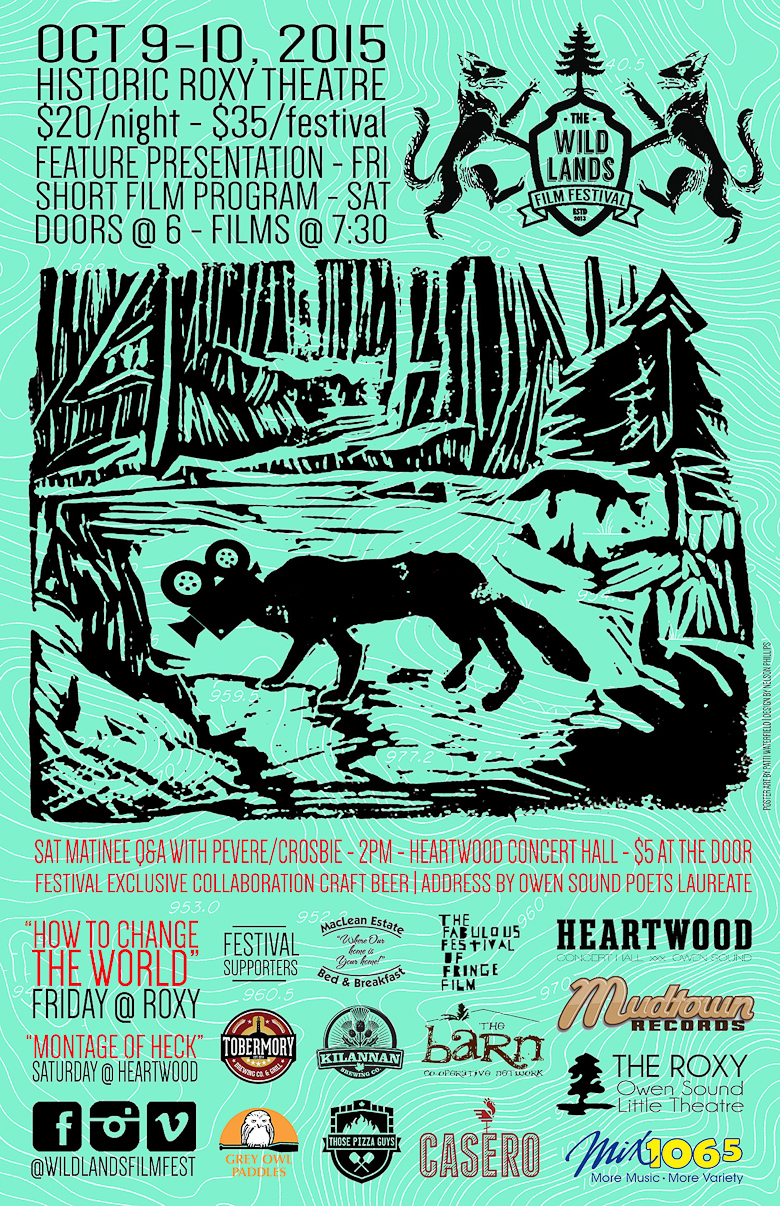