John Muir (1838-1914) is much celebrated in the US as the father of the National Parks system and Sierra Club founder; his long-ago conservation groundwork appears more important with every passing year. Less familiar is the young Muir’s time in the town of Meaford, Ontario, where he settled for two years while the Civil War raged in his adopted country (he had settled in Wisconsin but was born in Dunbar, Scotland).

“When I came to the Georgian Bay of Lake Huron, whose waters are so transparent and beautiful, and the forests about its shores with their ferny, mossy dells and deposits of boulder clay, it seemed to be a most favorable place for study…” – John Muir on his time in Meaford, Ontario. Excerpted from The Life & Letters of John Muir.

On Saturday, September 26, the Meaford Museum is hosting a hike to the site of Muir’s cabin at Trout Hollow plus other activities to commemorate the 150th anniversary of his time here. See below for details. 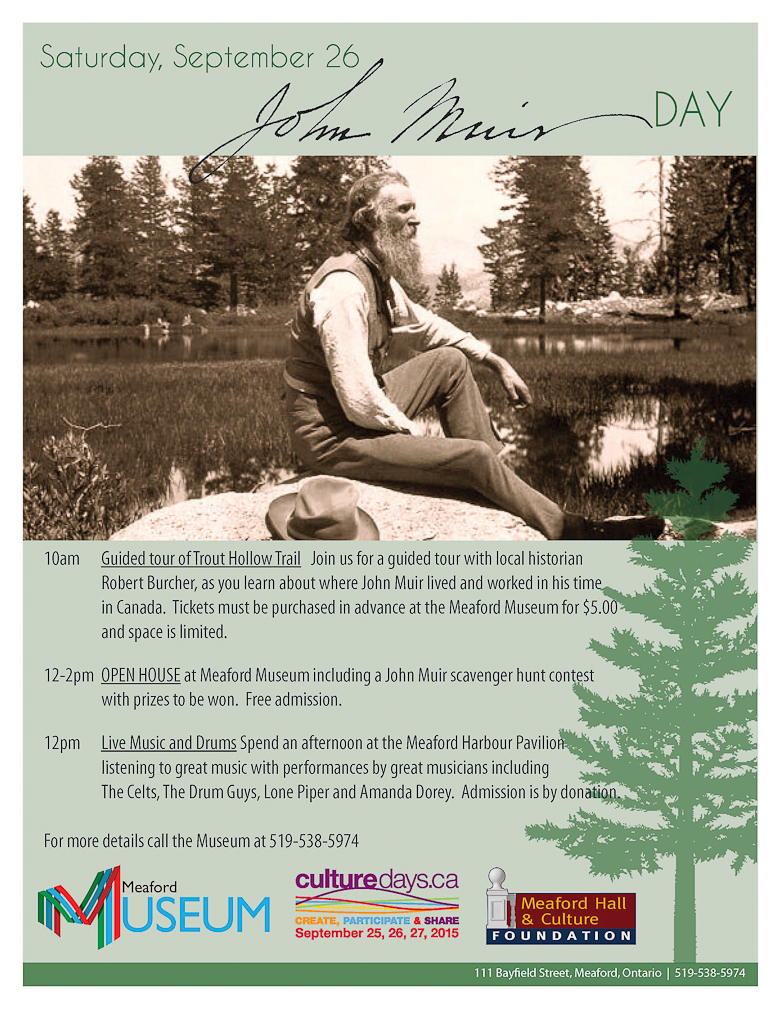