If you’ve ever needed more evidence to convince your family why the saying is “West Coast is the Best Coast”, we may have it. Just recently, The Wild Within has launched in association with Destination British Columbia, and it’s a focus on seeing British Columbia through the eyes of a creative person.

So far, 2 of the 3 stories are available to explore – and explore is exactly the right word to use. What starts off as a scroll for text quickly becomes peppered with photos and videos. Follow Shane Koyczan (you may remember him as the “We Are More” poet from the 2010 Olympic Opening Ceremonies) take his first steps through ancient forests on Meares and Vargas Island, and hear his sublime slam poem inspired by that same walk. Watch artist James Nizam create a bridge of light using xenon bulbs to connect Downtown Vancouver, a city already mired in green harmony with the natural beauty of Grouse Mountain.

A hint: it may not be finished when you think it is. Keep trying to scroll down and see what new surprise is waiting. It’s like stumbling over a path in the woods long since overgrown, and following it to find a lookout that no one has used in generations. 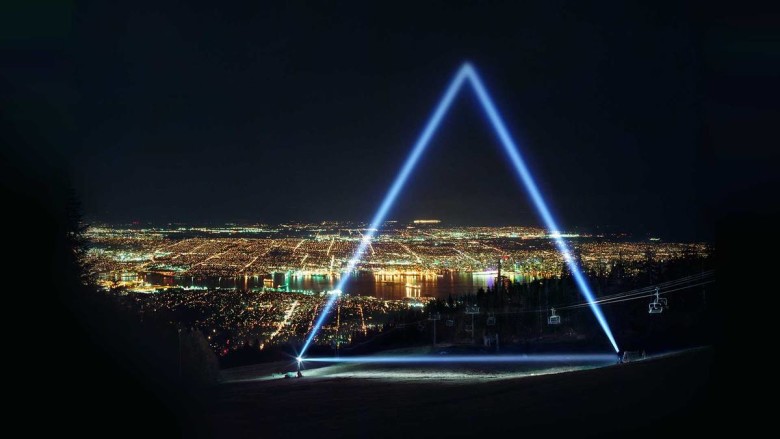 Few places on earth have such vibrant raw materials necessary to create such a masterpiece out of its natural paints.  This site, put together with fellow mountain culture writer Mike Berard, is a love story to our home. It’s able to make you fiercely proud, not only as a Canadian, but as a person who has chosen to make their life out in British Columbia.