It’s hard to get away from drones these days. In fact, it’s impossible. We’ve all seen the incredible imagery they can create. And technology is advancing so fast that drones are getting less expensive and easier to use. Anyone can buy one these days and anyone can fly one.

Toronto’s Christiaan Cloete, owner of Flyingfish Productions, is a guy who knows all about these things. His company specializes in aerial cinematography and he’s the first to teach drone courses at a college in Ontario. We sat down with him to get caught up on all things drone.

So the basics: what is a drone?

Something with autonomous features. Before drones, things were only RC: remote-controlled. Now they’ve added autonomous flight control systems, so they work with a GPS or a barometer. So that’s the difference between a manually operated RC and a drone. If you give a drone waypoints, it can fly itself.

When did you get into drones?

About five and a half years ago. Philippe Ros did a presentation in Toronto. He was talking about the making of [2009 nature documentary] Oceans, and there was a shot where the camera was right above a mother, father and baby whale, following them around. I asked how he got that shot. And he took out a laptop and showed me. It was a drone. The first ever battery-operated, single-rotor helicopter. It had a 16mm film camera on it. Which they made specifically for this. And the only reason they managed to get the shot was because the battery changed the game. If they’d tried it with a gas-powered drone it would’ve chased the whales away. They tried it with a real helicopter and the whales would dive every time they went above them. I was into diving at the time and I thought this was the perfect thing to get into. At that time, there was only one company building multi-rotor drones, but it was more developed for the military. The military still uses that drone. But the price was more than I could afford. It was about $25,000 and could lift a maximum of three pounds. So then MikroKopter came in. They were the second as far as I know and they were about half the price with twice the lift capacity.

Is that what you fly now?

Yeah. I’m the only one that flies MikroKopter in Toronto. MikroKopter is a brand from Germany. It’s a little more advanced than the other ones out there. It has more settings and you need a commercial license to fly it. I pay a lot of money for that license.

You need a license?

Yes, you do, unless it’s under three kilograms. That’s a new law. But you still need to register your drone online. And you still need to apply all the Transport Canada laws and regulations when you’re flying. One of the things with the under-three-kilogram law is you need to be nine kilometres away from built-up areas. But nobody’s listening to that. Everyone is flying everywhere. Especially the smaller ones. Actually I have a DJI Phantom because it’s under three kilograms.

How heavy is your big rig?

The heaviest rig, complete total weight, is about 17 kilograms. That’s with a RED EPIC, a two-kilogram Leica lens and then we had a full follow focus system for iris and zoom.

Woah. How much was that worth?

Is it stressful flying something worth $90,000?

Oh yes. And you’ll find most people tell you they enjoy building them more than flying them. 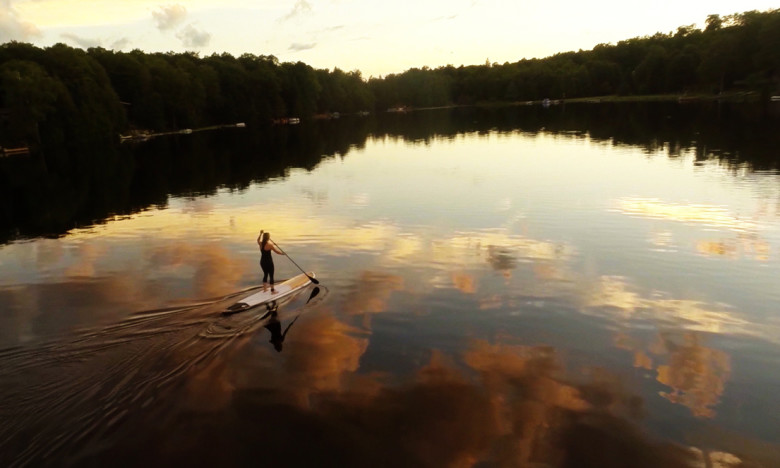 Yeah, we’re running an introduction to UAVs (unmanned aerial vehicles). We’re doing an introductory-level program, and then we’re doing a more hands-on training for people who want to get a little bit more involved. We’ve also joined the Sheridan engineering school and we’ve been given the go-ahead to apply for a grant to develop a new drone. Basically we want to bring the drone students in with the engineering students so they can have a hands-on view and see how the systems work. It’s very important for people getting into it to know how the whole system works, so if something goes wrong they can fix it. The problem with teaching is there are so many systems out there.

What drone would you buy if you were a hobbyist?

I don’t want to advertise for people, but for the price, the DJI Phantom is tough to beat. How the hell they can sell it for the price, I don’t know, but I like it; a drone, a 4K camera and a transmitter for $1,500. You can get cheaper drones, but you’re not going to have the functionality and the flight capabilities.

What about the Lily?

It looks like a great concept, but I can see a lot of flying into trees. It’s still a Kickstarter campaign. There’s another one with two single blades, the Sprite. I think that thing is going to make a shitload of money. Especially for commercial purposes. The Lily is a nice idea, a great toy at a great price. It’s great it flies by itself, but it can’t see. So if you go in the wrong area, you may run into some issues. Imagine 50 of these Lilys on the ski hill. It would be bumping into chairlifts, it would be bumping into people. The only thing you can change on that thing is the height, and the distance it is from you.

How do you feel about the general public flying drones?

I think it’s a great idea. I think it’s going to take away a lot of work from people like me, but at the same time it’s also going to create some work. There are still a lot of people breaking laws by not listening to the regulations that are out there. I think Aviation Canada or Transport Canada has to make an example of somebody very soon. Otherwise it’s going to go really bad. I was at a car show the other night, and there were four drones in the air at the same time. Flying over people’s heads, flying through the crowds.

What laws are being broken?

Flying in built-up areas. Close to airports is the biggest one. That actually falls under federal law. If they catch you flying within nine kilometres of an airport, you can go straight to jail. The $25,000 fine will still apply, but you’ll also have a criminal offence – because of the danger of flying where there are planes full of people flying around.

It should be. But I saw a guy doing a drone flying course right next to the airport. It’s not like people are even hiding it. If you Youtube the top-ten drone shots of Toronto, all ten of them are illegal. People also need to know that it’s highly illegal to fly in any public parks. The city has actually stepped down on it now. I used to apply for a special permit to fly in any park in Canada. I’d get it from Transport Canada no problem as long as everything was safe. The parks said they don’t like it. Now you have to go through the park first, get permission and then go through Transportation Canada. 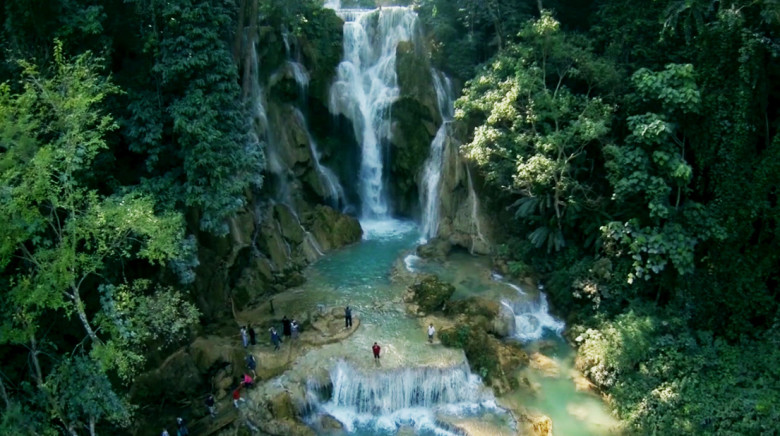 So where are you allowed to fly a drone?

It’s really very difficult to find anywhere legally now. The easiest way to get past this bullshit is just go to an RC flying field. You pay $100 a year and then you can fly. You’re not endangering anybody else.

Are these rules just because you’re a professional, or is that for everybody?

Can I fly one in my front yard?

That’s such a vague rule, because it’s in a built-up area. So technically no.

Then you should be fine, because you’re nine kilometres from a built-up area. That’s why I don’t blame a lot of people for flying them, because they’re making it really hard to do it. People are just looking at the rules and basically saying, ‘fuck it’, and flying it anywhere.

Yeah, a bit. Everyone is trying to get in on it. A lot of people are not taking the due diligence before they try and get in. But it’s not going away. It’s only going to get more involved and better.

What are drones being used for now?

The film industry has obviously grabbed on to it, but I think the film industry is maybe five per cent. There are applications for mining, agriculture, pipeline monitoring. There’s huge potential for putting on three-dimensional mapping systems. Search and rescue is becoming huge. They’ve sent quite a few of these drones to Nepal. They actually found some survivors with drones. In Africa they’re calling them flying donkeys. They’ve created a drone highway in a region of Africa where they’re going to be flying drones back and forth to remote villages. We also went to South Africa and introduced it for anti-poaching. They were very happy with the results, especially the trackers. With a small drone, like a Phantom, if you send it high enough, the poacher won’t even know it’s there. And you can see movement for miles.

What’s the future for drones?

The batteries are going to change very soon. The University of Illinois is working on a battery they claim is 2,000 times more powerful than the batteries we have now and it will have 1000 times the charge rate. It’s based on lithium polymer technology, but they are using some nano-sheet technology that they form into a honeycomb system. It won’t be long before it comes out. It’s the battery that brought drones around in the first place. It’s the only reason. Before, you didn’t have enough power in standard batteries to actually fly them. Now you can fly them, for not a bad amount of time, but you’re still kind of limited. And Tesla is releasing their new battery technology soon, too. They say it’s going to be a huge change. Nobody knows what, but I think that’s going to make drones even more popular. It’s going to give them a longer flight time and add a lot more commercial uses.