Picture this: You are standing on the bank of a river with the sun shining on your face, surrounded by lush green foliage and the sounds of nature—various species of birds each chirping their distinct songs and the rush of water as it effortlessly rolls down the rocky riverbed.

Skipping from stone to stone, you cross the river and climb into the forest. Faintly, you hear the rumble of something familiar but out of place. Suddenly in the middle of what is supposed to be a protected Provincial Park, you find a road carved out for logging trucks to come and go as they extract natural resources from the neighbouring area. This is not yet a reality, but last year it became more likely to happen. 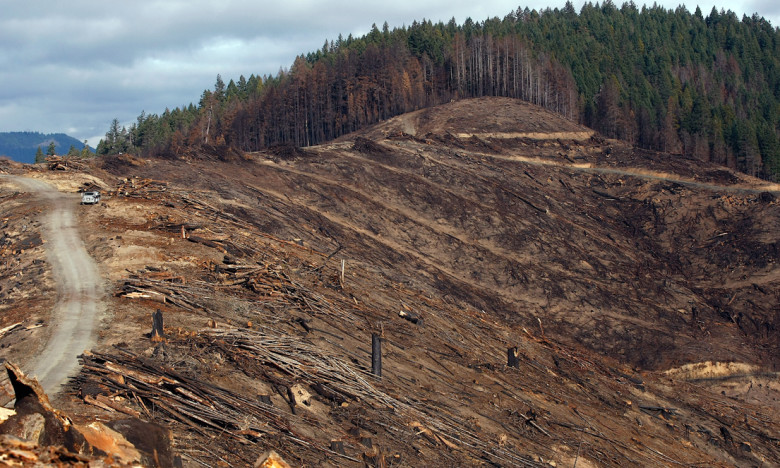 In March of 2014, the Provincial Government of British Columbia passed the controversial Park Amendment Act. This act, also known as “Bill 4,” allows any industry, including forestry and energy/pipeline companies, to conduct research in BC’s many provincial parks in order to assess their use for new purposes that could also include potentially harmful industrial activities. After the research is complete, the Park Boundary Adjustment Policy allows companies and industries to apply to rezone the park itself in order to omit the area needed for their work.

Gwen Barlee is the British Columbia Director for the Wilderness Committee, which is Canada’s largest membership-based wilderness preservation organization. “Prior to this Bill,” she says, “a logging or mining company wouldn’t be allowed to get a park use permit if it wasn’t consistent with the recreational value of that park.”

Gwen goes on to explain that the BC Government had already been giving research permits to companies like pipeline and energy giant Kinder Morgan prior to the creation of Bill 4 and that the BC Government essentially created the legislation after alarms were raised in order to legalize their actions and allow them to continue.

In Parliamentary debate on March 24, 2014, Environment Minister Mary Polak said, “We’ve been advised that the granting of the permits as we have done, likely would not stand the test of a judicial review and therefore we need to amend the Park Act to ensure that we can continue on with what we’ve been doing but with a statutory authority.”

Gwen went on to say that the creation of Bill 4 changed everything. “You can now do research for pipelines, transmission lines . . . you can do research that is completely inconsistent with the recreational value of that park. After you’ve done that research then you turn around and apply for a park adjustment.”

Peter Wood is the Terrestrial Campaigns Director for the Canadian Parks and Wilderness Society (CPAWS), a group established in 1963 to protect Canada’s wilderness and ecosystems in parks and beyond. “It was fairly routine [for the Provincial Government] to issue these research permits even though they didn’t have the legislative authority to do so,” he says. He adds that once groups like CPAWS and the Wilderness Committee brought this to light, the Government pushed through Bill 4 quickly. “That’s where I find this to be a bit of a scandal, in that normally when you find out that you are doing something you shouldn’t be doing, you stop doing it. But instead, they enacted legislation that would make their current activities permissible.”

According to Peter, BC has a list of different boundary adjustment proposals that have been on the books since the middle of 2013, well before Bill 4 passed. “That document came about because of a Freedom of Information Act request. Otherwise the BC public wasn’t going to know about it,” he says. “It spells out the bigger picture, which is that a lot of these parks are on the block for changing.”

In an email to Mountain Life, the BC Ministry of Environment says that there are currently eight active boundary adjustment policies guided by the Provincial Protected Area Boundary Adjustment Policy. The email also stated that “strong economic growth and strong environmental stewardship can exist in British Columbia and we are working to achieve the right balance. Our Government understands the economic benefits that linear energy projects may bring, but it will not be at the cost of our environment.”

The Ministry stressed that Provincial Parks have a “high level of protection” and that decisions to remove land from them are “not taken lightly.”

Jordan Sturdy is the Member of Legislative Assembly for West Vancouver – Sea to Sky. He feels that the Park Amendment Act was created to clarify actions that can be taken in Provincial Parks. “[The act] is dedicated to the preservation of the natural environment,” he says “and for the inspiration and use and enjoyment of the general public, and that hasn’t changed.”

Jordan adds that Bill 4 gives the Minister clear authority to allow legitimate permits to happen, such as the filming of a movie or TV show, which is a frequent request for these areas. He is also quick to point out that it goes both ways and that the Minister now has a clear indication of the types of permits to not allow as well.

Jordan is not concerned that Bill 4 will give Governments, present or future, the ability to manipulate the system to allow for industrial activity. “Industrial activity is prohibited in Class A parks and there is no question about that. Where people are concerned, is that applications can be made to remove areas from the park system for industrial development or other purposes but that also hasn’t changed, because people can still today, or even five years ago make an application to remove a piece of land from a park. There’s no difference.”

He also pointed out that for a park boundary to change it requires an act of the Legislature, which in turn requires a debate. “I think that it’s important that the public follow with interest and engagement the activities of the Legislature around things like park boundaries. Some people would believe that boundaries are sacrosanct and that there is never a rationale for change, but I would not subscribe to that particular perspective. There can be rationale and I recognize that not everybody will agree with that position, but we have to judge every application on its own merit.”

For the moment, the battle continues with groups like CPAWS and the Wilderness Committee trying to ensure that the protected parks stay protected to outside interests such as pipelines, logging roads and other potentially harmful activities. Meanwhile since Bill 4 (and even preceding it), industrial projects in BC parks continue to be considered, including a logging road expansion through Sasquatch Provincial Park (just North of the Harrison Hot Springs) and an approved park boundary adjustment in Lava Bed Park (near Terrace) for a natural gas line, as well as a road expansion through Kalamalka Park outside of Vernon.

Public policy can always change with a shift in elected government, but these days it may be more important than ever for BC guests and residents to get out and enjoy the wilderness by hiking, biking, climbing, walking, camping, swimming and all other forms of outdoor recreation available. Supporting groups like CPAWS and the Wilderness Committee will also help ensure that along with the roaring rivers and chirping birdsong common in BC parks, the voice of social resistance to industrial development will continue to be heard.