It’s always interesting how many people come out of the woodwork for an outdoor celebration of outdoor sports. All ages, sizes and skin tones were represented at Olympic Plaza on Tuesday evening. A video competition all its own, it enables bikers and filmmakers to team up and show the crowd the best they have to offer in their respective fields.  A lot of humour was on display this year, something the audience always enjoys.

First up: Yoann Barelli and Mike Gamble’s Ze Lab focuses on a mad scientist testing human trials on a performance enhancing substance. Great metal track and some next level tricks that overall didn’t take itself too seriously. It was almost B-movie level.

Whistler local Jesse Melamed and Max Berkowitz’s GunSpoke was fantastic as a Western influenced, rootin’ tootin’ six shootin fun. They even managed to incorporate Melamed’s broken talus bone and subsequent crutches that he acquired midway through the shoot. A+ for ingenuity. 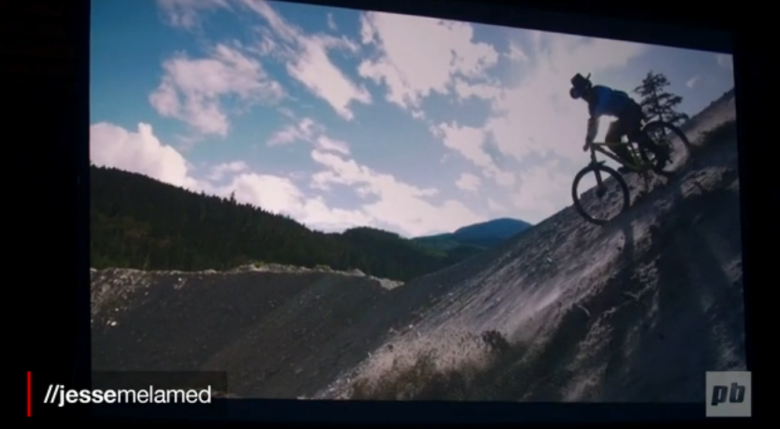 Portland OR native Charlie Sponsel is a natural on stage, so his and Cory Tebber’s movie, Selling Out, was paced to be entertaining. It certainly didn’t disappoint: dropping weight through road biking, not to mention sick social media status, was the fodder here – whatever apart from actual tricks is necessary to be a pro. Anything with a montage is cinema gold, and a nod to Instagram. 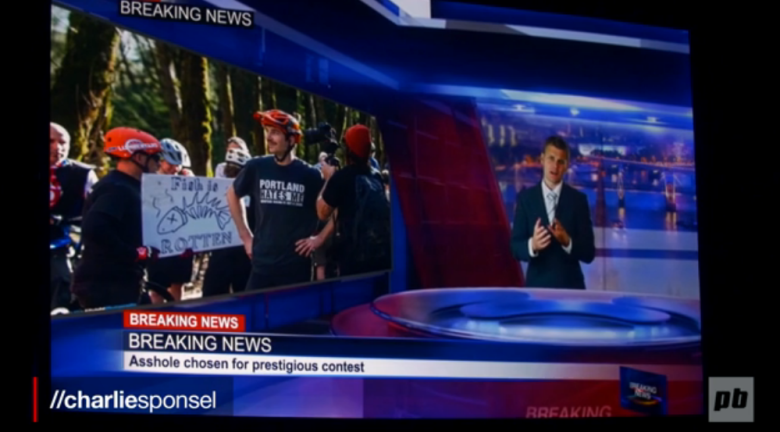 A change in pace with Remy Metailler and Vince Emond’s Cycle of Addiction highlighted the solo style of Remy’s biking. The result is a pure distillation of one man and his bike – because at the end of the day, that’s all any of us really are. Insane bouncing tree laps, wide washouts, and a palpable determination to keep improving, to keep trying. This writer’s favourite in a tough group, if only for the sombre tone in the sea of comedy. 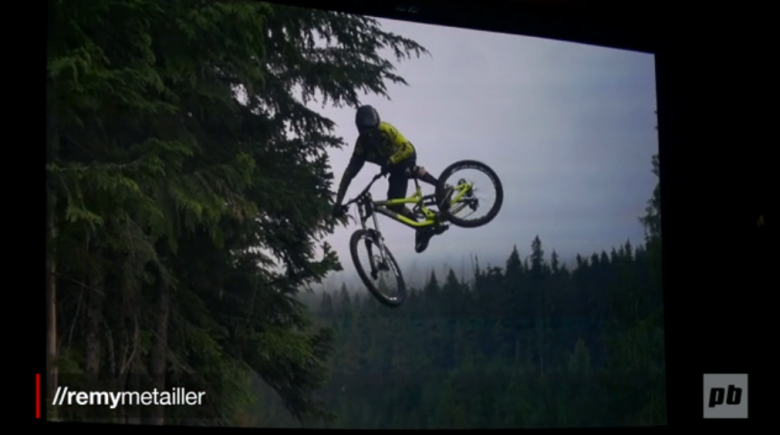 Another Whistler local, and the only female biker, Sarah Leishman with Jasper Wesselman. Full Circle examined the work and care put forth by a small army of volunteers to make sure the trails are in perfect condition, ending with gratitude, and a “Rip for Chip“. 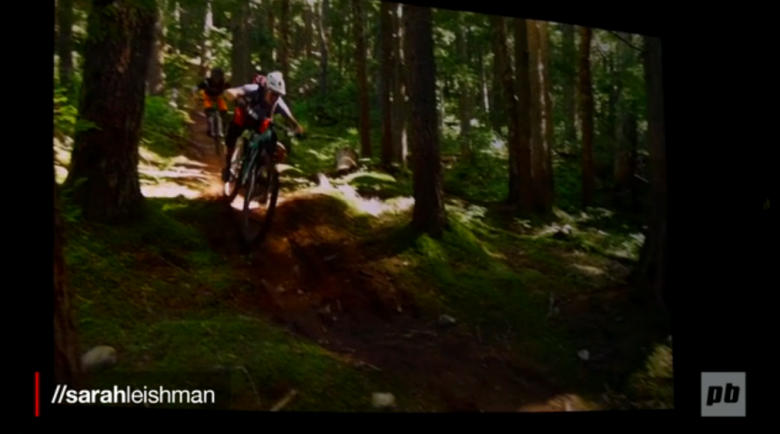 Finally, Matt Dennison and Kyle Norbraten – The Sickest Edit Ever. Think Guerrilla biking. An 80s style action movie trailer spoof, starring “Norbs” as a John McClane style renegade cop in the battle between mountain bikers and rollerbladers, of all things.  This ended up winning the contest, and by God did they deserve it. The assembled crowd made it clear this was the favourite. The team even went so far as to add a Boston accent to the chief of police, and some beautifully cheesy one-liners. Favourite line: No song – we’re going raw. (Ze Lab and Gunspoke took 2nd and 3rd respectively.)

The Dirt Diaries are relatively new to the Crankworx scene, but it’s quickly making a mark as one of the most fun nights out you can have in ten days. As for the rest of the videos, it won’t be long before they’re available online.