This Is Your Day is a story about the power of the human body, the will of the mind, and the importance of the human connection, told through the perspective of ultrarunners Rob Krar, Karl Hoagland, and Caroline Boller.

The hourlong documentary, to be released later this summer, tracks the runners during their preparations for the Western States 100 – a pioneering endurance race that follows California’s mountainous Western States Trail. The course, which ascends more than 18,000 feet and descends nearly 23,000 feet, is considered one of the world’s toughest.

“We get the title ‘This Is Your Day’ from a quote in an interview with Rob as seen in the trailer at the start of Western States last year,” director Myles Smythe told Competitor. “For me that title expands itself into the whole film’s concept of when you’re going to run a race you don’t do it on your own, it’s a team effort. So we’re really telling the story of the runner’s race from the perspective of their crew, pacers and entire support system.” 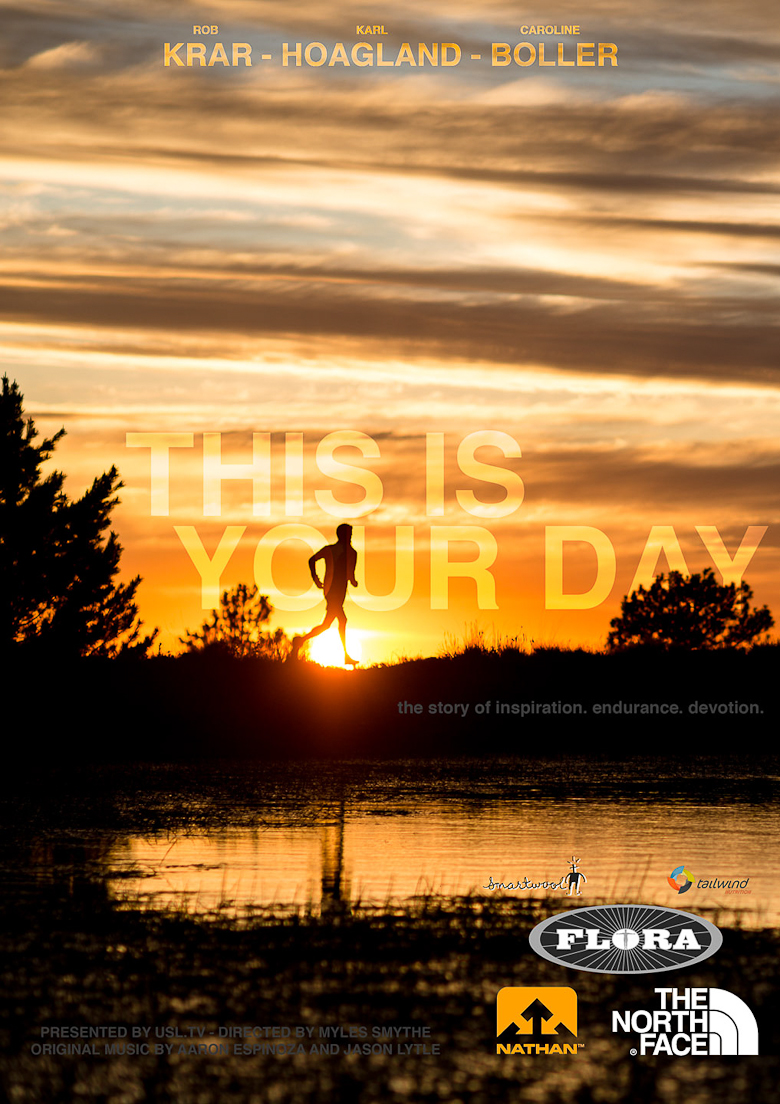 “I think that if someone is just wanting to watch an encouraging and inspirational film regardless of the topic, this may speak to a large number of people in that way,” Myles added.

The film is produced by The North Face and USL.TV (Ultra Sports Live). USL is hosting the Squamish 50 trail running event August 21-23.