If there’s one thing Canadians like talking about, it’s the weather. Well, we’ve got a doozy of a water cooler story for you today. It may be in the dead middle of summer, but you can’t ignore a good snowfall prediction – especially when it’s as good as this.

Experts are predicting that El Niño – that fickle sumbitch – is going to wreak havoc with our normal weather systems this winter, going so far as to say that it could be even bigger than the 1997 – 1998 winter. The National Oceanic and Atmospheric Association have crunched the numbers and compared sea surface temperatures. Their findings? Let’s just say they’re calling it the Bruce Lee of El Niños. When a legitimate organization starts throwing names like that around, you just know they’re freaking out behind the scenes.

So what happened in the 1997-98 season? Well, Mammoth and Tahoe resorts saw almost 13 metres of snow that year, Chile’s season extended well into October with 11.5 metres, and parts of Alaska received 23 gosh-darn metres of snow.

Take a look at the two photos below. The first shows the Sea Surface Temperatures for this time in 1997. Below, current SSTs.  Note the similarities between them, particularly the slash of red off the coast of South America, and the increased red zones (with what appears to be a huge storm) off the BC and Washington coast. 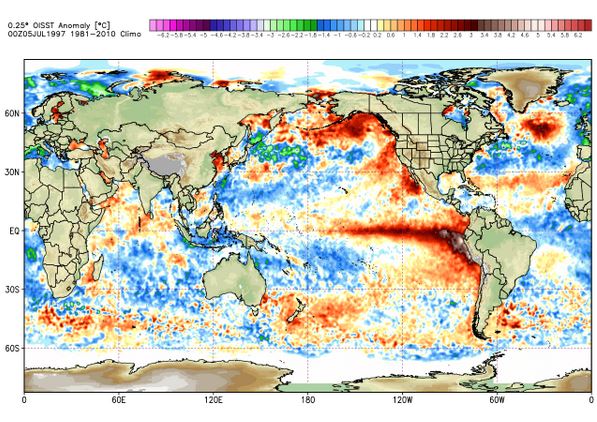 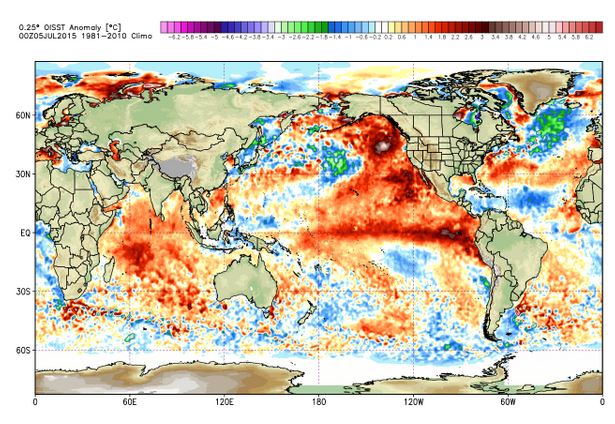 Like they say: there’s no such thing as bad weather, just bad layers. Maybe prepare yourself for one of the biggest ski seasons of your life.

Back to summer now.  TGR and Anthill’s un®eal has sold out in hard copy at TGR, but is now available on iTunes. So pick it up if you haven’t seen it yet. It’s the Bruce Lee of bike flicks.