Cowboy Junkies’ 1988 album The Trinity Session is a masterpiece of subtlety. Recorded live during a single night on one microphone in a Toronto church, the brushed drums, spare guitar lines and melody-soaked whisper of Margo Timmins set the template for the band. An international sleeper hit, the album established the Junkies, particularly in the US.

Since then, they’ve transitioned through the hand-tooled country-rock of Black Eyed Man, the multi-textured Lay It Down, the polished Miles From Our Home (their final for a major label), and the off-piste Nomad Series of narrative albums.

Though the Junkies’ sound has evolved, it retains an unmistakable feel – based on the intertwined bass and lead guitar lines and carefully measured drumming (reminiscent of The Velvet Underground’s self-titled 1969 album, plus a dash of country blues), with Margo’s vocals brushing against the instruments with gauzy delicacy.

The band is made up of the Timmins family – Margo, guitarist Michael, and drummer Peter – along with bassist Alan Anton and a recurring cast of guest players including multi-instrumentalist Jeff Bird. In advance of the Cowboy Junkies free concert at Blue Mountain on July 11, we caught up with Margo Timmins on the phone from her home in the Beaver Valley.

Mountain Life: Did you ever think you’d stay together this long?

Margo Timmins: No – but our goal was longevity. The big labels didn’t really pay attention to small Canadian bands. Our goal was just to make music for as long as we wanted, and to call the shots. That’s pretty much what we’ve done. Our goal hasn’t changed much.

ML: How important were your early US tours to the development of the band?

MT: We always knew that the audience and the numbers were in the States. You don’t have to travel that far from town to town. But in Canada you had eight hours between a town or city where there would be enough people to come to some independent nightclub to see a band they didn’t know. There was just Montreal, Toronto, Halifax …. Touring the States is when we started to get on the radar with underground newspapers and university radio stations. By the time we put out Trinity Session, we’d sold about 3000 copies of [1986 debut album] Whites Off Earth Now!! and it got in Rolling Stone. So when Trinity came out, journalists were waiting and wondering, “What are they going to do next?” And Trinity got the right reaction. So our touring in the US set us up for the right press.

ML: You were an ‘Americana’ band before the term existed. How did the country influence come about?

MT: When you start a band, you’re just expressing what you want to express, and doing it the way it works for your band. And you don’t really think of anyone hearing it, except for the three people who show up at your gig on a Thursday night at some strange nightclub. And maybe one of those three people might buy the record … Part of our sound evolved when we were kids in the ‘70s – the sound was mega-rock: The Who, The Stones – that’s who we would go and see. And in the later ‘70s, my brothers and Al and I were the perfect age for punk. We saw all the great punk bands come through Toronto. And after that, you can’t really go back to the mega-rock sound, so later we got into blues. Really the country sound didn’t come into our world until we were touring Whites down in the South and on the radio we heard Lyle Lovett, Steve Earle, Dwight Yoakum. Then we heard or read interviews where they’d refer to these older country stars they grew up listening to. So we would stop and buy a Louvin Brothers album, or Waylon Jennings.

ML: How does your sound keep evolving?

MT: The previous tour has a lot to do with it, and the players you take out. So if you’re touring with a cello player, you start to work and sing and play with a cello and that becomes part of your sound. And on that tour you’re beginning to write and think about the next record. At our stage, you can’t really start writing for the big hit record. It’s not our style, it’s not what we do, and most likely it would come off sounding bad.

ML: Do you prefer playing live or recording in the studio?

MT: I think we’re more of a live band than a recording band. I think recording is more of a necessary evil in that it’s what we sell out on the road to pay the gas for the tour bus. We’re very much a jamming band – our sound is about groove and feeling, and it changes. If a band is more of a jamming or groove band, night to night they might play the same song, but it’s going to be different. You’ll get a different show each night. And our repertoire changes… we never do the same thing.

As we get older, it’s harder to be on the road. And it’s more and more expensive to be on the road. The economics of the road are changing, but we’re becoming better musicians; we can change on the fly, we can try songs we haven’t done in 20 years. We don’t have to rehearse as much or as hard as we used to because our skill level is that much higher. When I’m on stage I’m at my happiest. If I fall off the stage, I could care less, whereas when I was in my twenties if I fell off the stage I would’ve been horrified – now it would just be funny. 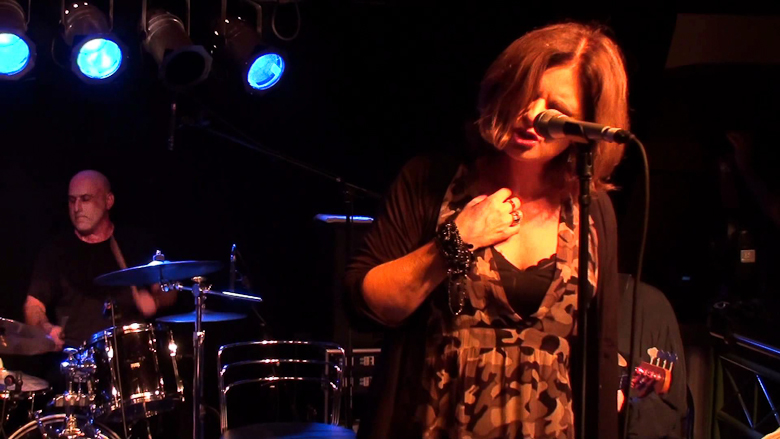 ML: So when you’re recording and you can do 20 takes to get a vocal right, or whatever –

MT: I don’t do it like that. I do three takes. That’s about all I will do. To me it’s not about technique or getting that perfect pitch. Sometimes going off pitch is better because you’re trying to emote a feeling or put across the story and the groove and that sometimes doesn’t require the perfect key, perfect notes, perfect timing. It’s more about finding the perfect feel.

ML: Would you want to be a young band starting out now?

MT: A lot of doors have opened up. The Internet – as much as it’s killed the industry as far as money – has also allowed young bands to have an audience right away. There’s a lot out there, but if you’re a band on a stage you can say “Go to our website.” So there’s a place for fans to go and find them. Back in our day, if you didn’t buy the record – and at gigs I used to go from table to table with records – there wasn’t really any place where you could find us.

But on the other side, anyone can record anywhere – you don’t have to go to expensive studios like we used to have to do. These days, everybody’s got a record. But not everybody’s out there on the road. That kind of dedication is the same as it was. The people that were on the road were people that just really wanted to play music. They could care less if they were making money or not. It was more about the song than it was about anything else. And it wasn’t about the big dream, because most likely that wasn’t going to happen. You have to be a real road dog. And I don’t think that’s changed since the time of the troubadours.

ML: How has  the decline of major record labels affected music?

MT: Record companies used to be about grooming a band. Now if you have a hit you might have a record contract for one or two records. It makes for careers that come and go very quickly.

In the old days you had to put out a record and go on tour. Now you have to keep you website active and keep reinventing yourself. The whole video thing was big in its time and we had to do that but now the video isn’t some big production that you’ll put on MuchMusic; it’s about putting it on your website and keeping it fresh. In the ’80s and ’90s all we had to think about was writing an album. Now we have to think about everything else that goes along with it. It’s not a chore – it’s just the changing industry.

ML: Did your labels bring in producers or try to influence your sound?

MT: We were lucky. After Trinity Session, we had a lot of labels interested. There was a bidding war over us, which meant we could pretty much write our own contract. If I look back on our history, that moment really shaped us. What it meant was we could have complete artistic control over our records. In the early days of that bidding war, some of [the labels] wanted us to change our name, re-record Trinity Session … some even tried to woo me away from the boys to have my own career …. But we wanted complete artistic control, and we got it. And we’ve had it ever since. Over the years we’ve never allowed the industry into our studios when we were recording. We recorded the album, handed it to them and said, “It’s done.”

They didn’t like that very much – they were always looking for the single. We’re not a singles band. If we knew how to write a single, we would have. But we always wrote the album we wanted to write, and put it out – I think we got that attitude because before we were musicians, we were fans. If you look at Neil Young and all the records he’s put out – I’ve listened to every single one, but do I like every single one? No. To us, that’s legitimate. Not every record is written for every fan. Some people like our ballads and some people like our more psychedelic, jammy stuff. Some records will have more of this, or that – or none of it at all. if you don’t like it, that record’s not for you. A true fan will wait for the next one.