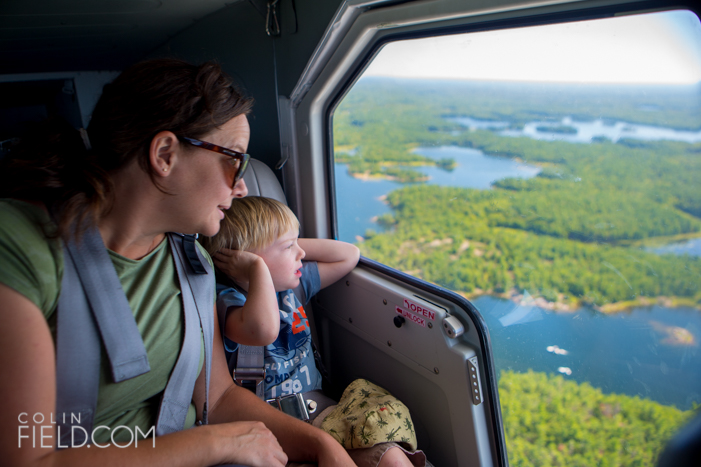 Flying over Georgian Bay is an experience not to be missed. Flying to Wreck Island over the islands on the eastern side of the Bay make for incredible bird’s eye views. The kind of thing you can stare at forever. Combine it with a hike on Wreck Island’s 1.5 kilometre trail, some Henry’s fish and chips and you couldn’t have a better day on the Bay. 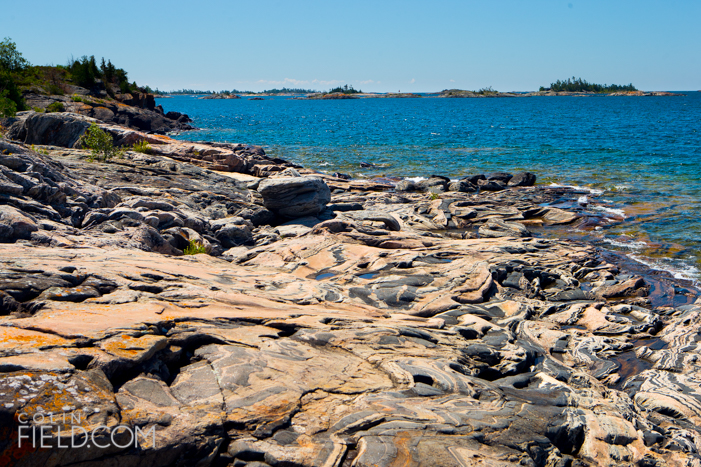 The short hiking trail on the island gives a great look into the geological formations of Wreck Island itself. Part of Massasauga Provincial Park, the rocks of the island are like a Dali painting of time immemorial. Twisted and folded, the geography shows the incredible tectonic forces that began shaping the island’s rock 1.1 billion years ago. It is believed this land was twenty kilometres beneath the earth’s crust before being forced upwards as mountains were formed. 450 million years ago a marine sea flooded the area before glaciation eventually sculpted the island’s current landscape. 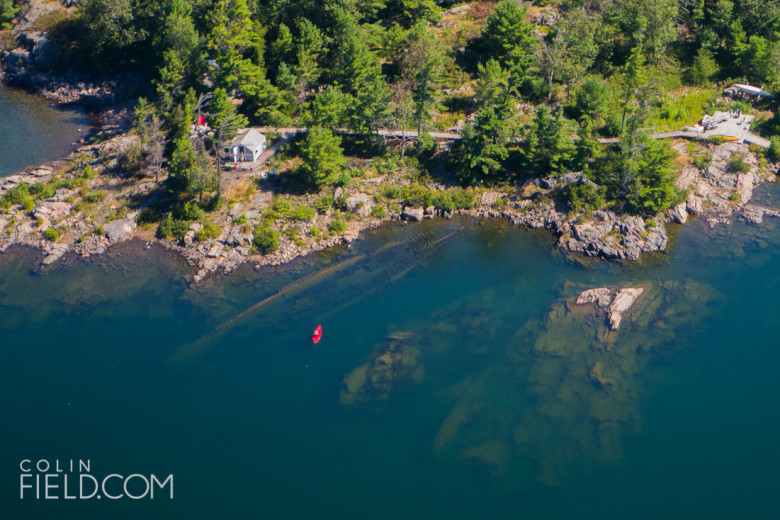 Wreck Island’s namesake is the wreck of the Waubuno. A kayak is an incredible way to have a look at it, only surpassed by a flight in a floatplane. The Waubuno was a side-wheel paddle steamer that sank on November 22, 1879. The ship conveyed passengers and freight between Collingwood and Parry Sound and was built by Melancthon Simpson in Port Robinson in 1865.

The November 1879 trip would have been the last of the season, Captained by George Plumpton Burkitt. The ship was last spotted by the lighthouse keeper at Christian Island and was faring well at the time. She sank with all 24 hands on deck. No one knows the cause of the accident and no bodies were ever recovered.